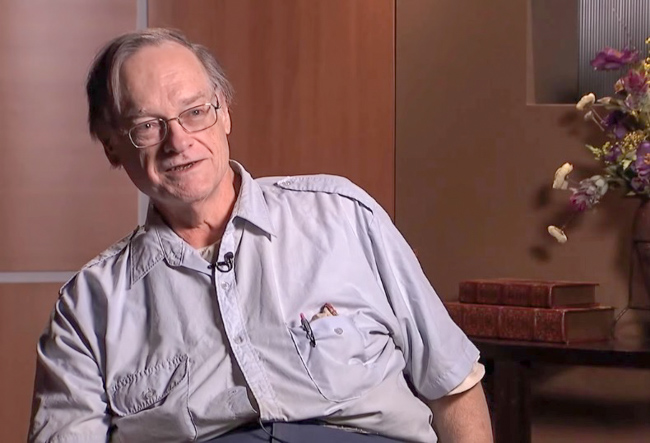 Berl Boykin – an organizer of the first Atlanta Pride march in 1971 and a longtime LGBT activist – died Saturday on the eve of the city’s 48th Annual Pride Festival. Boykin was 74.

Boykin’s activism started in 1963 when he was a student at Emory University. The school expelled Boykin, an undergraduate at the time, for hosting a man in his dorm room. Dave Hayward, an LGBTQ historian and longtime friend, said Boykin continued to agitate for LGBTQ rights alongside the late Steve Abbott, the Emory student body president at the time.

Later that decade, Boykin and the late Shelby Cullum petitioned the state legislature and Atlanta City Hall for LGBTQ rights on behalf of the Georgia Mattachine Society.

“As the first marshal for Atlanta's first Pride march in June 1971, Berl says, ‘There were 125 marchers — I know, I counted them twice,’” Hayward wrote in a remembrance sent to Project Q Atlanta.

Boykin recalled the march in a Georgia Voice profile on him published in April.

“We could not get a parade permit from the city,” Boykin said. “We marched up Peachtree from the Federal Building downtown … by the Baptist church at 5th and Peachtree, just as they were getting out of church and they were freaked out.”

Boykin was believed to be the last person alive who took part in the first Atlanta Pride march and still lived in the city.

In July 1971, Boykin, the late Klaus Smith and the late Bill Smith met with Gov. Jimmy Carter to advocate for LGBTQ rights. Carter didn’t budge, but Hayward said he and Boykin later cajoled Carter to come out in support of same-sex civil unions in December 2004.

Boykin and Hayward would go on to found Touching Up Our Roots, an organization devoted to documenting Georgia’s LGBTQ history.

In addition to his work as an activist, Boykin was a staff member for Atlanta’s alternative newspaper the Great Speckled Bird, which often covered LGBTQ issues.

“Berl wrote and published both as a journalist and as a poet, and acted and directed in plays and music videos,” Hayward said.

Hayward added that for many years, Boykin was the chief drama critic for local NPR affiliate WABE 90.1 FM.

Boykin was part of the first contingent of honorees Atlanta Pride recognized at the “Our Founding Valentines: Celebrating Our Pioneers” reception in 2015.

Boykin reflected on the importance of LGBTQ Atlanta remembering its roots in the Georgia Voice profile.

“People need to know now, younger gay people, how bad the oppression was in the old days and how it had to be fought against for people to even get to the relative state of liberation we’re in now,” he said. “Never forget the struggle. Our enemies won’t, and they will definitely have the energy to push us back. … Struggle on until you get more freedom in each aspect. … Until we get full equality, every way with straight people, no more, no less, things are not over.”

Details of a memorial service or celebration of Boykin's life have not been made public.

To learn more about Boykin and his role in the fight for LGBTQ rights, watch the interview below that he did with AIB in 2015.