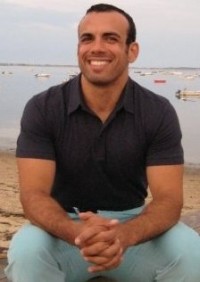 The results are in, and we are sad to report that Stephen Fusco, the gay finalist from Atlanta, didn’t make the final four to become the ‘Every Man Jack’ poster boy.

The nationwide search for a fit, sexy representative for the “accessible” EMJ grooming products narrowed down its hundreds of entrants to 12 finalists, which included Fusco (photo), for public voting. The top four, announced today, will be flown to Vegas for the announcement of the winner, who will appear in an upcoming issue of the contest sponsor, Men’s Health magazine.

“Good luck and congratulations to the final four!” Fusco exclaims on his Facebook page, where he campaigned for votes. “I look forward to seeing who the first Every Man Jack will be in Men’s Health January, 2010.”

Fusco may not have won, but the good-looking local attorney stole our hearts and inspired voters. Besides the right face and body for the task, Fusco told Project Q last week that representing the gay segment of EMJ’s customers was among the reasons he competed.

“It’s just an awesome message to send to people that we’re part of the community, that we’re staying fit, that we’re regular people, that we’re really just like everybody else,” Fusco said at the time. 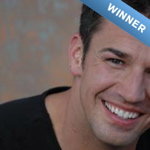 In the supportive spirit of Fusco hiimself, take a look at the final four. Of the remaining potential winners, take a lingering gander at the other Atlanta contestant, straight boy Brandon L.

We’re throwing our eye for hotness behind Bill L. (bottom photo) of Parker, Colo., and Nick T. of Houston for the win.