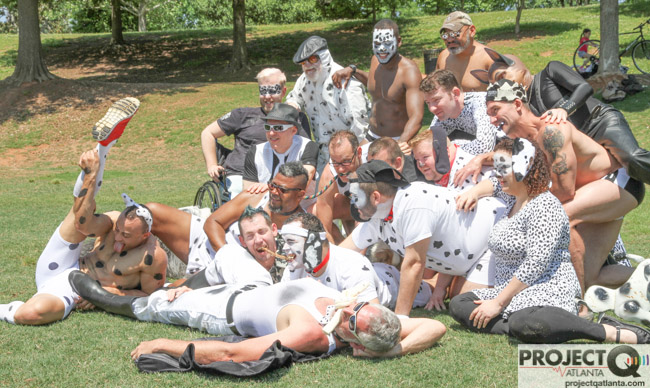 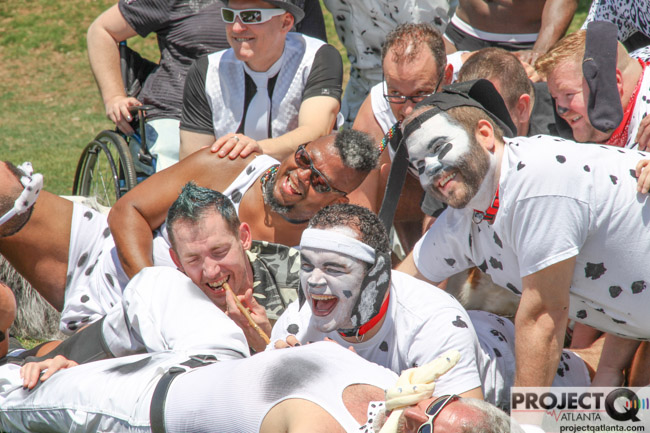 Philip Bonneau has a knack for sexing up superheroes. But that's so last year. Now the gay Atlanta artist who gets nekkid for his work is perfecting the craft of creating a sexy gay dog pile of Dalmatians in Piedmont Park.

On Sunday, he succeeded. With the help of about 20 people with face and body paint — some more scantily clad than others — the crew took to the meadow of the park. And between puzzled looks from passersby enjoying a sunny day in the park, they helped Bonneau create photo art for his show this fall in New York City.

I am looking to showcase the awesome sense of community that ATL has, use my art from this photo shoot to benefit PALS, and to also arrive in NYC with an image that says that ATL supports me