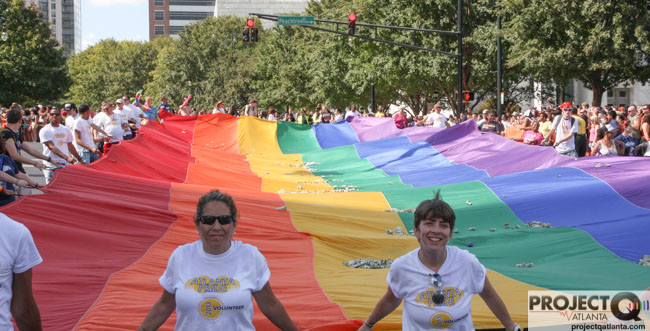 A gay Atlanta activist was arrested on Sunday after Atlanta Pride organizers accused him of stealing at least $170 that he and other volunteers raised in donation buckets during the two-day festival.

Atlanta police arrested Taylor Edward Trimble (photo right), 20, on Sunday afternoon. He was charged with theft by taking and released from the Fulton jail on Monday with a $2,000 signature bond.

Pride officials told Atlanta police that Trimble had taken between $170 and $300 from donation buckets that he and other members of Georgia State's Alliance for Sexual & Gender Diversity collected using Pride donation buckets in Piedmont Park on Saturday and Sunday. 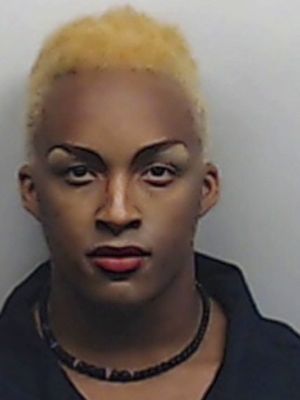 Pride officials and members of the GSU student group provided statements to Atlanta police. They were summarized in an incident report:

At approximately 1600 hours on 10/12/13 the group met at location in the park where they counted the money that was gathered the 2 buckets they were assigned. In one bucket it was reported there was over $100 dollars gathered and the other bucket had approximately $70 dollars. At this time the group with the exclusion of Trimble decided to go eat dinner. Trimble however decided he would continue to collect donations on his own and left with the buckets and donation money. After eating dinner the group returned to the location to find the buckets were they had stopped to count the money and Trimble no where to be seen. As I continued to read the statement forms it was advised that Trimble had suggested to the group that a portion of the collected money should be kept for the groups own fund, The Alliance for Sexual and Gender Diversity. The statements also advised that the buckets were left unattended in the park well after they should have been turned in to the Atlanta Pride Committee INC.

Atlanta Pride Committee members Laura Barton and Christopher Quackenbush searched for the students and the missing buckets, but notified police when they couldn’t be located. Police Investigator S. Benton called Trimble, but he didn't answer. She spotted him on Sunday about 3:30 p.m. near a Pride VIP tent and detained him, according to the incident report. Other officers then arrested him.

While gathering paperwork and statement forms for Inv S Benton she also advised me that Trimble made an unsolicited statement that he had the money and had planned on returning it later.

No donation money was recovered and the statements were later turned into the Atlanta Police Zone 5 CNN Precinct property lockers as evidence.

On Wednesday, Atlanta Pride released a brief statement about the incident when asked about it by Project Q.

“APC cannot comment on the arrest made in Piedmont Park during the Pride Festival as it is open case. We direct everyone to the APD police report.”

Trimble uses the name Taylor Alexander on Facebook and in public. He told Atlanta police that he is president of the GSU student group. He's also worked with the queer youth group Just Us ATL and spoke out against a plan to push some sex shops off Cheshire Bridge Road during a hearing in May with other members of Queer Up Atlanta.

Trimble declined to discuss the arrest on Wednesday.

UPDATE | Trimble was charged with a single misdemeanor count of theft by taking. The case was dismissed at the request of the prosecutor on Dec. 19, 2013, according to Fulton State Court records.

There was no Pride parade this year, but the grand marshals list was ready to go. Atlanta Pride Committee decided to honor those people...
Read more
Crime