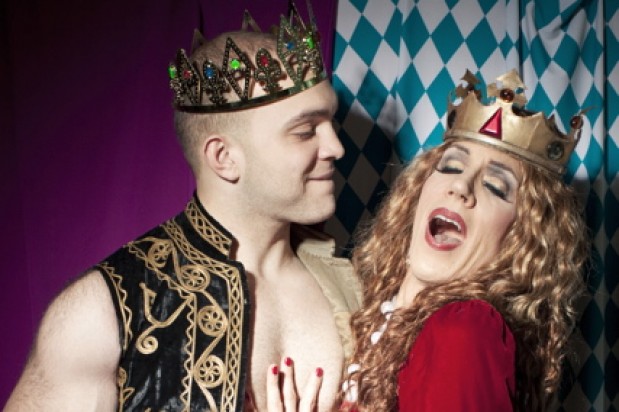 How can you make the annual Georgia Renaissance Festival even gayer? Make it official, of course! RenFest’s Gay Day invites your costumed revelry on Sunday during this year’s weekend fairs in Fairburn.

Get medieval with an LGBT twist Sunday, as gay Atlanta makes plans to be there in force for Gay Day on May 6. Just think. All those turkey legs, games, rides and costumes with the added bonus of a big gay crowd to hang with. “Come Out, Come Out, Where-ever you are,” tempts Ursula Polari, an Atlanta Sister of Perpetual Indulgence and one of the promoters of Sunday’s festivities. You know you want to dress up for a day like this!”

Polari’s suggestions for costumes also get the mind spinning on giving typical RenFest fare some gay flair. Think “Game of Thrones." Think “The Tudors.” Then think about kicking it up a notch. Use your imagination. Take the iconic gay alterego of your choice and sex it up, or choose instead to really queer it up with some gender-bending creativity (top photo, right).

“Release your inner Faery, Damsel in Distress, Lord or Lady of the Manor, King, Queens (!), Jesters, Knights and Pub-Wenches,” the Sister suggests. Gay Day at the Georgia Renaissance Festival takes place Sunday, May 6 from 10:30 a.m. – 6 p.m. The festival continues rain or shine each weekend at I-85, exit 61 in Fairburn, Ga., through June 3. Go get tickets and more info