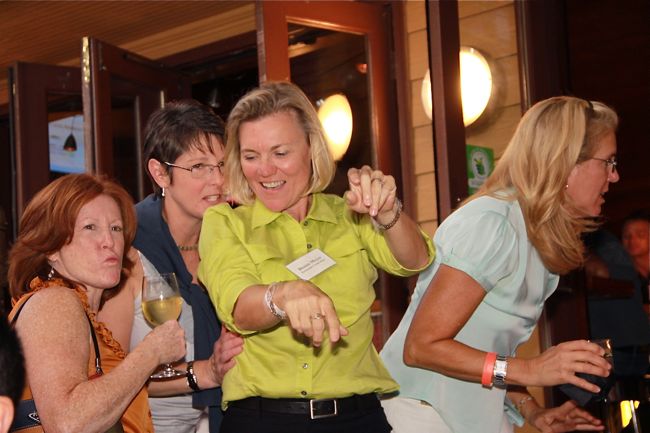 One of gay Atlanta’s biggest annual events is ready for action in September. On Thursday, the Health Initiative let loose its plans, announced the Atlanta Sisters as this year’s Healing Angels, and opened ticket sales for 2012. 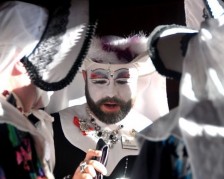 The Fall Garden Party (top photo) continues its tradition on Sept. 23 at Einstein’s with festivities and special honors for the 17th year. A boatload of lesbians and quite a few men flock to the party in support of the organization’s commitment to better LGBT health. Last year (view more photos), a name change to the Health Initiative took the “Atlanta” and the “lesbian” out of the agency’s name but not out of its goals. It simply broadened the programs to include all of LGBT Atlanta.

Their work since then most recently included an LGBT Spring Health Fair and caveat for more work to be done in Atlanta’s gayest hospitals.

Of course, one constant remains: The annual Garden Party’s live music, dancing, food, cocktails, fundraising and the presentation of the coveted Healing Angel Award. The 2012 Healing Angel is actually a gaggle of angels: The Atlanta Sisters of Perpetual Indulgence (bottom photo), the do-gooding gay male nuns who Health Initiative says were selected for “the vast amount of work they do in the community for countless organizations” according to the 2012 Garden Party announcement.

The annual event, this year co-chaired by Jack Kinley and Karen Geney, re-energizes the group’s efforts and brings in about 25 percent of their annual budget. Learn more about the event, become part of the host committee or just go buy your Garden Party tickets online now.

Read the full Garden Party announcement from the Health Initiative below.

This year’s Healing Angel Award will be presented to the Atlanta Sisters of Perpetual Indulgence (d/b/a The Flaming Sugarbaker Sisters). Since their formation 3 years ago, the Atlanta Sisters have worked tirelessly to serve, educate, and entertain the community. As an entirely volunteer driven organization, they have helped raise tens of thousands of dollars for local nonprofits.

Whether you find them serving at a local charity event or helping promote sexual health & safety, you will always find the Atlanta Sisters with smiles on their faces. The Atlanta Sisters have produced or participated in over 60 community events, with a vast majority of those events focused on LGBT health issues. Health Initiative executive director, Linda Ellis remarked, “The Sisters are extremely deserving of this honor. They spend countless hours working for the well-being of the community and we are excited to offer them this type of recognition for their efforts.”

The Healing Angel Award will be presented to the Atlanta Sisters at the 2012 Fall Garden Party. The event will take place at Einstein’s in Midtown Atlanta on Sunday, September 23rd from 4pm-8pm. Tickets are on sale now through the Health Initiative website for $50 each. 2012 marks the 17th anniversary of the Fall Garden Party and funds raised from the event help ensure that the Health Initiative will remain a resource for the community as we challenge illness and pursue better health. Along with the award presentation, the event includes a silent auction, hors d’oeuvres, live entertainment, and dancing.

Individuals can also become donors as part of the Garden Party Host Committee, which includes event tickets, drinks, and raffle tickets based on the level of donation. New to the host benefits for 2012 is a pre-party VIP reception from 3pm-4pm at Einstein’s. All host committee donor event tickets will include access to the reception.

The Health Initiative also announced the 2012 Host Committee Co-Chairs, Jack Kinley and Karen Geney. Kinley and Geney will work as a team to cultivate donors and promote the event to the community. Ellis commented, “Jack and Karen are a terrific team and we are extremely grateful for the energy and enthusiasm they are bringing to this year’s event.”

ADDITIONAL INFORMATION
Jack Kinley Bio: Jack Kinley is the owner of Lab Monkey Design – a brand strategy and design firm. Jack is a cancer survivor since 2004 which has shaped his company’s commitment to health and wellness communications. Jack was honored to live out a lifelong dream by serving as a “fitness model” for Linda Ellis’s Queerfit cross-training session at The Health Initiative’s 2012 Spring Health Fair. Jack shares a happy home with his partner Cain, their dog Clyde, and a frighteningly reproductive school of yellow barb-tailed Platies.

Karen Geney Bio: Karen Geney is the Vice President of Human Resources and Compliance Officer for Hemophilia of Georgia. Karen has served in many volunteer capacities throughout the years: everything from rape hotline counselor to a women’s shelter volunteer, to Board Chair of the Mary Helen Mautner Project for Lesbians with Cancer in Washington, DC. Karen has yet to be asked to serve as a celebrity spokesmodel, but is ready when the right opportunity arises. Karen lives in Glenwood Park with Cathy Woolard, her partner of 24 years and two cats (how predictable) – Bob and Bernice.

More information about the Atlanta Sisters can be found on their website.