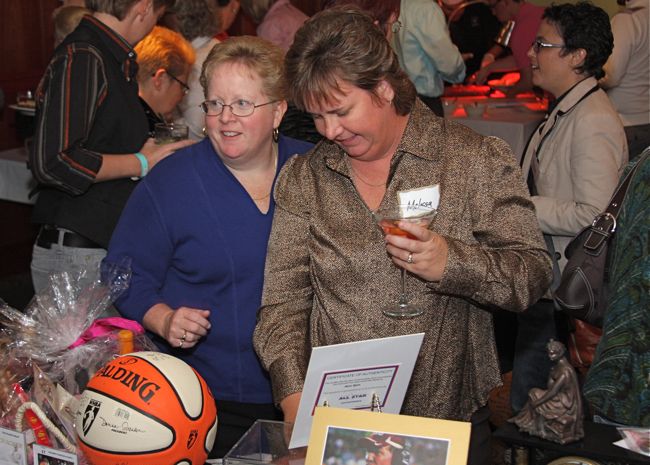 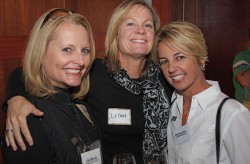 What’s the difference between a great party and a Garden Party? More than 300 lesbians in a packed Midtown restaurant raising funds for the Atlanta Lesbian Health Initiative.

That was the scene Sunday as ALHI hosted its 15th Annual Fall Garden Party at Einstein’s, an evening of food, drinks, a silent auction, raffle prizes and honors. Organizers are still tallying the final numbers, but the event is the group’s single-largest fundraiser each year. Last year it raised about $30,000. 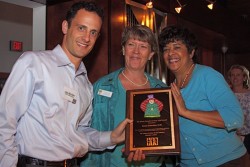 “These have been very tough, tight years that we have all felt financially in our community and in our businesses and in our own lives,” Ellis told the crowd.

“The lesson I have learned is that when times are tight, it makes more sense to me to fight the urge to pull in. What I’m learning is that I’m healthier if I reach out and look for support and offer some support. That’s what we have spent a lot of the last year doing at the Health Initiative,” she added.

The group also honored Dr. Jason Schneider (third photo), an assistant professor at Emory Medical Center and the associate director of the Primary Care Center at Grady Hospital, with its Healing Angel Award. Schneider has also served as president of the National Gay & Lesbian Medical Association, was with President Obama in the Rose Garden for a discussion on health care, and served as a leader in the fight for same-sex partner hospital visitation rights. 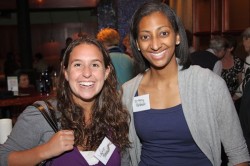 “The epitome of reaching out and making a difference in our lives and our health where you are can be found in our 2010 Healing Angel. It’s what he does after hours that makes him so significant to our community,” Ellis said.

“It is huge the work that he is doing. He is an advocate for us. He is a bridge builder. He is an incredible caregiver in his own right. He is a good friend,” she added.