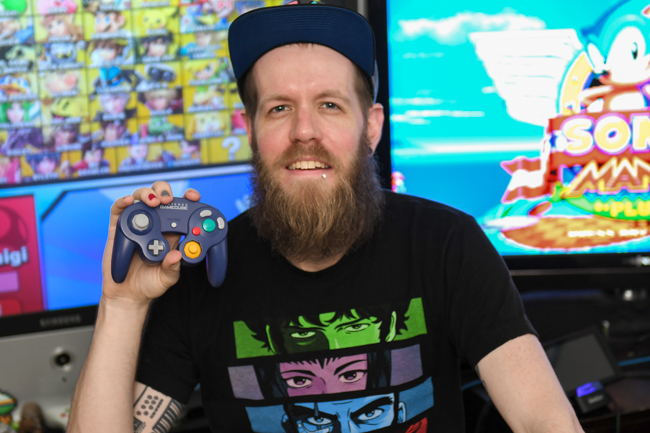 When Atlanta’s gamers are in need of a joystick fix, they can turn to Gamemaster Herb. The queer and polyamorous event promoter runs weekly game nights in multiple locations, and during the coronavirus lockdown, he's pivoting to online experiences as well.

Herb has provided arcade night for venues like Atlanta Eagle and Heretic, and he works with organizations like LGBTQ fan group Atlanta Outworlders. He’s in talks constantly to expand his LGBTQIA-inclusive gaming universe, currently scheming with Mary’s and the Dames & Dregs Festival, among several others.

Herb talked to Q about the birth of a “gaymer,” his early love for a certain hedgehog, and why the gaming world is a culture fills him with gratitude.

Scroll below the interview for Gamemaster Herb's Top 20 Video Games for Quarantine, and each night at 10 p.m., catch he and his husbands' 3BearsGaming on Twitch.

How did you get into gaming?

At home, all we had was a GameBoy that my sisters would let me play. I started there with Tetris, Super Mario Land and [laughing] Fist of The North Star. Not long after that, I entered elementary school, and they had all these leftover computers and tech from years past, so I started with a great appreciation for retro on the Atari 800 and Apple IIe, playing games like Asteroids and Word Munchers.

Was there a particular game that obsessed you first?

I liked all sorts of games, but when I was six and Sonic the Hedgehog dropped, I was fixated. It totally blew away all other games at the time in presentation, music, physics and style. I first played it on a 10-inch black and white television at my sister's boyfriend's house, and even in that format, I was hooked and got a Sega Genesis that year for my birthday.

What inspires you about gaming?

Unlike all previous generations, gaming is a medium that encompasses music, visuals and tactile interaction that you can use alone or with others. For my generation, video games are our movies, radio, TV and sports.

That's huge, and I never forget how much of an impact they have been and continue to be for countless people. It used to be a thing you got made fun of for being into gaming, and now it's an entire culture that I'm grateful to be a part of. 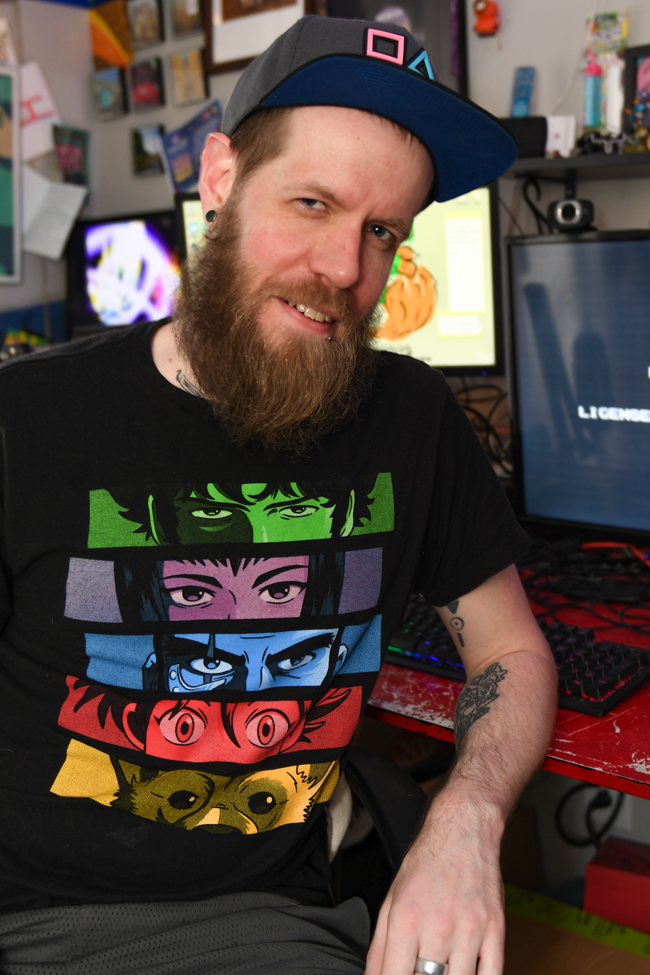 Welcoming hugs, chill and groovy music from all genres, a myriad of drinks, food and walks of life, often accompanied side-by-side with artists, DJs and dancing with drag/bands on the horizon.

There’s an incredible variety of games, currently at over 9,000 titles from over 30 different systems on anywhere from eight to 16 screens. A platform for LGBTQIA (and allied) gamers/gaymers to play, enjoy, connect and express themselves.

It's more than just gaming. It’s a family affair.

Why is it important to have LGBTQ-specific game nights?

I'm just gonna come out and say that there are little to no LGBTQIA video game spaces anywhere in this world. I've traveled quite a bit, and all I see are mostly straight boys 17 to 25 in strictly competitive settings. Either that or dusty old cabinets with messed up buttons that still make you use quarters and only have one game per machine.

Annual conventions with expensive tickets at hotels for niche crowds are not enough. We need places for us without pressure, judgement, loose change or limitations, and I don't plan on quitting creating them.

How did Multiplay Tuesdays at the Eagle start, and how was the first night?

Incredible. So much love, so many hugs and strong support from my queer fam and allies. The turnout was…dare I say it, the busiest weeknight at any gay bar that I've ever been to in any city other than my previous anniversary nights of WarpZoneWednesdays.

Big shouts to my crew of dedicated and talented volunteers who helped out.

Dreams on PS4, Smash Bros on Switch, Apex/Fortnite for free games, Tekken for the fighting crowd. I'm consistently experiencing shock and awe when people come to my events and see that I have at least one Dreamcast waiting for them with games like Marvel VS Capcom 2 and Power Stone, both of which are very hard to obtain these days and don't exist on modern consoles. I'd love for Goonya Fighter and REKT on Switch to get more attention.

What do you when you’re not gaming?

Spend time with my two lovely husbands, Pete and Lucas, draw, make beats, network, stream on Twitch, support my friends and their events, thrift shopping and trying to adapt to the daylight world as a nerdy night owl.

“And before anyone calls me out for not listing Animal Crossing. That one's a given.”

Modern: Shadow of the Colossus Remaster PS4 (free this month on PS+)

Retro: Literally any Bomberman (all systems)