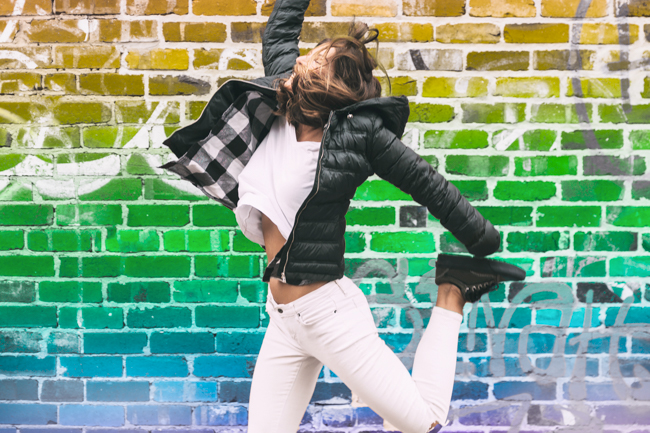 Fighting addiction can be hard enough, but doing it while queer adds a degree of difficulty for many people in recovery. If you choose to go the 12-step route, will the meetings be LGBTQ-friendly? Will there be others there that share your unique experience as a queer person?

The Galano Club answers yes. For nearly 50 years, it has provided an LGBTQ-inclusive space for 12-step groups in Atlanta.

Galano hosts over 55 meetings per week and makes space for some 3,600 people monthly at its facility on Dutch Valley Road in Midtown. But it all started in a much more humble — and secretive — fashion.

You Can Ring My Bell

In 1975, a small group of LGBTQ men and women began having 12-step meetings at local churches, including All Saints Episcopal Church on West Peachtree Street.

“They met in a place where you had to ring a bell to get in,” Jamie, a Galano member, told Q. “If they didn’t recognize you, you got grilled about how you heard about the meeting and who told you, because there was such fear about being found out.”

The group had grown to the point that they were able to form a non-profit and lease their first building across the street from the gone-but-not-forgotten Backstreet in 1982. Galano moved to a building on Mecaslin Street and Deering Road in 1985, then to a space in Amsterdam Walk in 1989.

The Galano board started a yearlong capital campaign in 1991, and a milestone was reached the following year when they purchased their permanent home on Dutch Valley Road.

As the address and the size of the club changed over the years, the mission remained the same: provide a space for LGBTQ people and allies to attend 12-step meetings. And the statistics show the need for such spaces. LGBTQ people are twice as likely to abuse drugs or alcohol, according to the Substance Abuse & Mental Health Services Administration.

Jamie was one of them. He came from a family of alcoholics and knew he’d inherited the trait.

He initially tried a different 12-step meeting, but religious talk turned him off. A friend suggested Galano.

“He said let me take you there,” Jamie said. “And he did, and I went and I have been going ever since.”

That was 13 years ago. He’s been sober and attending meetings at Galano ever since.

Drew was new to Atlanta when he moved here nine years ago from the Midwest. He had an alcohol problem and a meth addiction, and he wanted to attend 12-step meetings specifically for LGBTQ people.

“When I came down here, there was still a slight undertow of ‘gay is different.’ Feeling judged, feeling wrong,” he said. “There’s a few times that I just didn’t feel as safe as I did in the Midwest, but Galano definitely provided a space where no one cared and you could be yourself.”

It also helped change his perspective on the possibilities of what queer social life could be.

“It was always, ‘you’re gay, you go out to the bars, that’s your life,’ he said. “But I’ve found that there’s a lot of gay people in Atlanta that, maybe they’re not into sobriety, but they don’t go out to the bars. You don’t have to go to a bar to meet gay people.”

Galano hosts picnics and other social events for members, plus Halloween, Thanksgiving and Christmas parties.

“I’ve been sober going on eight years,” Drew said. “And because of my sobriety, I have been able to build a truly great and full life. I’m not sure that I could have accomplished this without my 12-step home group that meets at Galano.”

Galano continues nearly 50 years on, thanks in part to the rent paid by the 12-step groups that use the space, as well as dues-paying members.

“There’s just so many things that keep coming up, and as they do, more organizations have popped up over the years,” Jamie said.

The makeup of the membership has changed over the years as well.

“We are a place of recovery primarily for the gay community, but not exclusively,” Jamie said. “We provide meeting space for all who want recovery, the majority of whom happen to be gay. We don’t say, ‘Give us your gay card’ when they walk in the door.”

“Even in my own group, there’s several straight people,” Drew added. “It doesn’t matter if you’re gay, straight, bi. It’s not just for gays.”

No matter who you are, the fundamentals of recovery remain the same: honesty, willingness and openness.

“Those are the three pillars of how people come to get sober,” Jamie said. “I’ve seen a place where people deeply care about their recovery and care about the place and they’re grateful.”

“I’m grateful that there’s a place that I can go that is welcoming to people like me — and by people like me, I mean recovery first and gay second.”

Learn more about the Galano Club and its meeting schedules at galano.org, and find them on Facebook.