Ga. second only to Miss. in its anti-gay bigotry 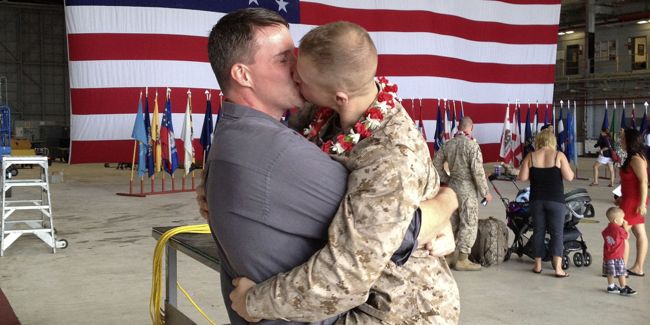 Take a bow, Georgia. Your anti-gay bigotry aimed at the state's gay married military troops is second only to Mississippi. Even Texas now backs its gay troops.

The kerfuffle comes as all but two states — Georgia and Mississippi — have fallen into line with a Defense Department edict to allow state National Guard facilities to issue ID cards to the spouses of troops in same-sex marriages. Those cards, in turn, allow the spouses to claim health, pension and housing benefits.

“The U.S. Property and Fiscal Officer in Louisiana is delegated the authority to manage a program to process same-sex spouse benefits within the state,” Kazmierzak said. “Federal personnel will enroll all dependants of same-sex marriages, in benefits programs. This solution ensures that no Louisiana National Guard Personnel will be asked to violate the Louisiana Constitution.”

Kazmierzak later clarified the policy change means Louisiana will follow the same plan as Texas, which last week announced it has come to an agreement with the Pentagon to process same-sex benefits. The Texas plan involves enrolling the spouses of gay troops into the Defense Enrollment Eligibility Reporting System through federal dollars and resources – even at state-run installations.

But Georgia stubbornly refuses to change its policy or mimic the workaround now employed in Texas and Louisiana.

Questions about the policy were referred to Lt. Col. Thomas Lesnieski, the chief spokesperson for the Georgia Department of Defense, which oversees the state's Army National Guard, Air National Guard and State Defense Force. He could not be immediately reached for comment Wednesday.