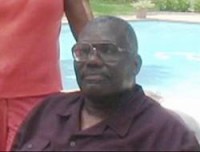 Carl Jenkins, leader of a south Georgia ministry, spent November linking up with church leaders in Uganda and neighboring countries to campaign against homosexuality in Africa.

“I’m not homophobic,” Jenkins told AOL News. “But I can glean from the bible that God is not pleased with homosexuality.”

During his stay, Jenkins consecrated 16 bishops (second photo) from Kenya, Uganda, the Democratic Republic of Congo and Rwanda. He also plans to break ground on a Christ Central Academy and Health Center, claims some 30 branch affiliates in Uganda alone are ready to roll, and says that number will double by next year.

“Overall, we’re not seeing the moral change and economic change that Christ can give if you are obedient and dedicated to the word of God,” Jenkins said in the interview.

Jenkins’ efforts come as a Ugandan “death penalty for gays” bill is back on the table in the country’s legislature, and as human rights activists report a continuing rise in the persecution of gays in Africa. The reports place a large portion of the blame on evangelical preachers and missionaries who bolster the already existing cultural intolerance in the region.