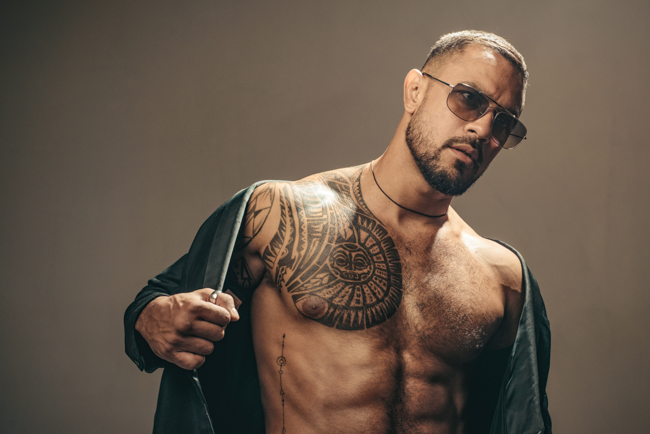 It’s almost hard to believe that the wild idea to combine some of Heretic’s most popular parties into one blowout weekend is already a standard on Atlanta’s gay dance calendar, but that’s Alan Collins, general manager of Heretic, and his reliable event promoters for you.

With four successes under their belts, Collins and his Atlanta Bear Pride co-founder Matt Bearracuda join forces once again with other promoters and several Atlanta bars to host Atlanta Bear Pride. Big, beefy boys officially come out of hibernation for this spring kickoff celebrating bears, cubs, and throngs of their loyal admirers

They're a key part of LGBTQ-ATL's biggest weekend of 2019 so far, and they owe it all to their weekend’s bear-y awesome namesake patrons, Collins says.

“We're so fortunate in Atlanta to have such an amazing community of furry fellas and their admirers,” he tells Q. “Atlanta Bears are genuinely good people who really know how to have a good time. Atlanta Bear Pride is the perfect opportunity show thousands of people from around the country some hairy Southern hospitality.”

Of course, it’s not just the gay bears who love Heretic, and it’s not just bears who should consider coming to any or all of 10 events scheduled for April 19 – 21 at Heretic, Xion, BJ Roosters, Woofs, Blake’s and Manifest 4U.

“The bears are throwing a party, and we want everyone to come!” Collins says.

To that end, Bearracuda is just the tip of parties, entertainment, and organizers tapped for Bear Pride 2019. The Bear Invasion crew is also on board, as well as the guys at Ready 4 Hope and their big fundraiser Bear-B-Q.  DJs include legends Tony Moran, Manny Lehman and Alain Jackinsky, as well as popular Atlanta spin masters.

Friday warms up at Woofs, then Bear Invasion takes over at Heretic. Saturday sees the Bear-B-Q by day and Bearracuda by night at Heretic, as well as an Afterhours set at Xion into the wee hours. Sunday finds the Bears & Beers Sunday Funday at Blake’s, followed by the ABP Underwear Closing Party at BJ Roosters. Late night Bear Pride specials at the gay sex club Manifest 4 U are available late each night.

This year’s Bear Pride Q cover guy serves you all the fur you can handle in the print edition of Q, and you can start your own hirsute pursuits with the Atlanta Bear Pride lineup below.

You can also check out our schedule of LGBTQ-ATL Easter Parties, and queer Atlanta’s best queer spring shows, soirees and specials through Memorial Day.