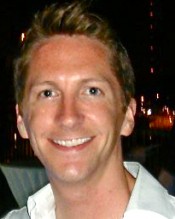 This weekend’s performances of “Fusion” with Atlanta Ballet not only mark a departure for the company that will surprise audiences, the show also heralds the end of an era for a longtime dancer.

Brian Wallenberg (top photo) has been with the troupe for 13 of his 17-year dancing career. He’s also been our go-to guy for a gay perspective on the company’s performances. We most recently spoke to him about Atlanta Ballet’s groundbreaking “Moulin Rouge” and the annual, wacky “Nutty Nutcracker” holiday show.

But “Fusion” isn’t exactly his swan song. He’ll remain with the company in its marketing department, handling all social media and creating online content and videos. Still a young man, Wallenberg will also dance in some special productions like the holiday shows. It’s a chance he jumped at, he says.

“I feel so lucky,” Wallenberg says. “I started dancing when I was 16 and went directly from three years of training into a professional career. I know I can’t dance forever, so this is a great transition. I’m sad, but I’m also excited to stay with the company and the people that I love so much.” 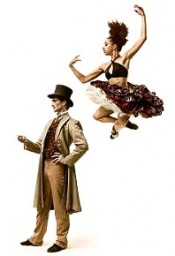 “Fusion” (bottom photo) is not only a great example of a ballet company that thinks outside the box, it’s a high note to go out on and move ahead, Wallenberg asserts.

“’Fusion’ is such an exuberant evening of dance,” he says. “Every piece is so different, unusual and so strong, and it’s absolutely going to blow the audience away. They’ve never seen Atlanta Ballet do this kind of work before.”

“Fusion” is actually three separate choreographed performances. And like the name suggests, they combine disparate elements to create something totally new. “Petal” is a revolutionary exploration of the intersection between traditional ballet and modern dance.

If the concept of “Fusion” is starting to sink in, promos for the show ask “What happens when worlds collide?” That ought to pique some interest as “Lambarena” takes the stage to blend dynamic African rhythms with the traditional stylings of Bach. Try to imagine the possibilities if you can.

“It’s not only the combination of the music, but also a fusion of African dance and classical movements,” Wallenberg says. “It intertwines these two worlds in a totally new way that is really wonderful, and the music is amazing.”

“Rite of Spring” is the centerpiece of the evening, a world premiere original that Wallenberg calls “intense.”

“It’s just three dancers who are all onstage almost the entire time,” he says. “It’s heavy and moving, and it’s something you’ll have to just sit back and take it all in. I’m very interested to see how people react.

“The audience is in for a treat, and they better be ready for the ride,” Wallenberg says.