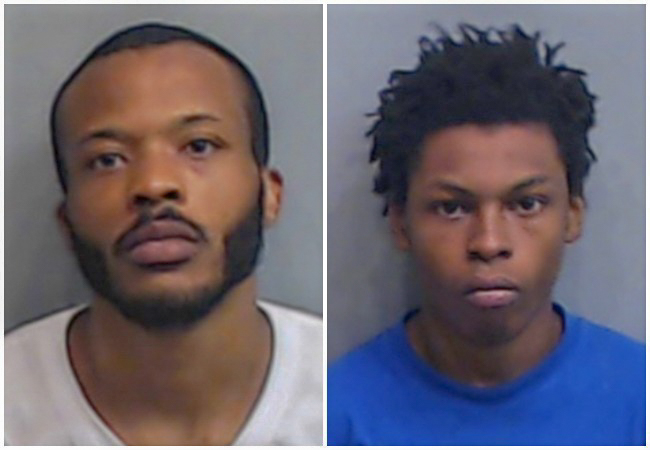 Two metro Atlanta men with gang ties now face the death penalty for the “wantonly vile” rape and murder of an LGBTQ artist.

Anthony Laquan Goss, 28, and Roy Devon Hill, 18, were indicted in November on 26 criminal charges in the Aug. 21 home invasion in Southwest Atlanta. Goss (photo left) and Hill (photo right) allegedly kidnapped, raped and killed Te’a Denise Liger at her apartment at Vesta Adams Park Apartments, according to the indictment.

“The offense of murder of the person of Te’a Denise Liger was outrageously or wantonly vile, horrible or inhuman in that it involved torture or depravity of mind,” Howard wrote in the notice.

Howard declined to comment further to Project Q Atlanta about the notice.

Two other victims were also kidnapped along with Liger, and Goss and Hill allegedly raped one of them.

They then forced the three victims to their knees with their heads down in an execution-style position, according to Atlanta Police Inv. Michael Young. Goss recited a nursery rhyme, saying “eeny, meeny, miny, mo, someone has got to go,” before shooting Liger in the head, according to Young.

Goss and Hill faced additional charges for committing the crimes while participating in criminal street gang activity, according to the indictment. The pair are allegedly members of the street gang the Crips.

Goss and Hill were denied bond and have been in Fulton County Jail since their arrests in August, according to the Fulton County Sheriff’s Office.

Goss and Hill had a plea hearing and arraignment scheduled for Wednesday that is now being rescheduled, according to a spokesperson for Howard’s office.

Liger — who identified as LGBTQ in public social media posts — was a star athlete at Kell High School in Marietta, according to WSB-TV. She graduated in 2016 and was attending Academy of Art University in San Francisco.