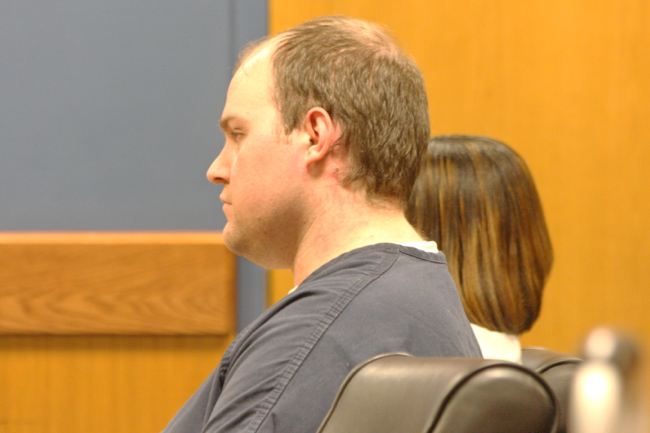 An Atlanta man who allegedly burned the groin of a gay man as he robbed him received a commuted sentence from a Fulton judge, who tossed aside a recommendation of a 5-year prison sentence and prompted the county’s top prosecutor to call it “insulting” and an “injustice.” Lenny Evert Jones (photo) was accused of drugging, robbing and burning the genitals of Lance Elliott after the two met at Burkhart’s on Aug. 31, 2011 and moved to the Ardmore Hotel on West Peachtree Street. A fugitive squad arrested Jones on Jan. 29 as he was driving with his mother in Stockbridge, a week after 11 Alive profiled the case. Jones was released two months later, on March 30, after Fulton County Superior Court Judge Craig Schwall set a $30,000 bond. That move came after a contentious bond hearing in early March. Fulton prosecutors recommended that Jones receive a 10-year prison sentence with five to serve and pay the victim $5,000 in restitution. But Schwall on Friday rejected the recommendation and allowed Jones to plead guilty to a single charge of robbery by force. Jones also faced charges of aggravated assault and aggravated battery in the case and those charges were dead docketed, which means the prosecution is put on hold. Schwall also commuted Jones' one-year prison sentence to time served. Jones spent two months in jail after his arrest. Schwall’s sentence prompted Fulton County District Attorney Paul Howard to release a blistering four-paragraph statement on Wednesday to Project Q Atlanta. Howard argued that Schwall disregarded medical evidence detailing Elliott’s injuries in the attack as well as the recommended sentence from prosecutors. “In this matter, despite the statement of the victim and corroborating medical findings, the Judge dead-docketed the Aggravated Assault and Aggravated Battery charges and allowed the defendant to plea to a single charge of Robbery by Force,” Howard says in the statement. “Adding insult to injury, the Judge further rewarded the defendant by commuting his one year sentence to time served.” Schwall’s office did not respond to repeated calls for comment this week. Jones, in a Facebook message sent to Project Q on Sunday, said he was “not guilty” and that the case was dismissed. He also threatened the website with legal action if coverage of the case was not removed from Project Q in two days. In comments posted to Project Q earlier this year, Jones maintained that he is “innocent and honest.” “Ridiculous claims on me. As you can see, I am not a crook and in jail. I despise thieves, and violent people. But I am ok,” Jones says in a comment posted in August. Jones did not respond to a request for comment about the case. Elliott posted to Facebook on Tuesday that he’s glad the case is over.

Well its over. Lenny Jones pled guilty and received long term probation and ordered to pay me $5, 000 in restitution. So I'm glad its behind me and to all the caddy queens that said he was innocent and nasty things about me... well haha and kiss my ass.

The incident was detailed during a bond hearing in March when Robin Daitch, a Fulton senior assistance district attorney described Jones as “a risk to the community” that should remain in jail. “When they got to the hotel, the defendant made the victim a drink, a drink which caused him to black out. The victim woke up the next day to discover that he was assaulted and robbed,” Daitch said. Daitch said Jones struck Elliott in the head, burned his penis with a lit cigarette and stole his wallet and jewelry. Elliott posted about the incident on Facebook and filed a police report about a week later. Jones later offered to give Elliott’s Gucci wallet to a friend, who had read Elliott’s account of the incident, Daitch said. He came forward to help identify Jones. Amanda Grantham, a staff attorney with the Fulton Public Defender’s office, argued that Elliott was drunk and questioned the severity of the burn and why he waited a week to report the incident to police. She said this is the first felony arrest for Jones. “Lenny Jones is an upstanding member of the community,” Grantham said. “He has no criminal history. He has never been arrested.” The full statement from District Attorney Paul Howard:

In the matter of State v. Lenny Everett Jones, the State recommended a sentence of 10 years with five in confinement, balance probated and restitution to the victim in the amount of $5,000. Our recommendation was based on the severity of the crime which involved the defendant burning the victim’s genitals with fire. Prosecutors corroborated the victim’s statement regarding his injuries with findings from a medical expert, though the Court disregarded that evidence. In Fulton County it is routine for Judges to ignore the recommendation of the State with a procedure known as a non-negotiated plea. Under this procedure, when a defendant enters a plea to a crime that does not require a mandatory sentence it allows the Judge complete autonomy and discretion with respect to sentencing. In this matter, despite the statement of the victim and corroborating medical findings, the Judge dead-docketed the Aggravated Assault and Aggravated Battery charges and allowed the defendant to plea to a single charge of Robbery by Force. Adding insult to injury, the Judge further rewarded the defendant by commuting his one year sentence to time served. Even though the District Attorney’s Office has no way of preventing the Court from disposing of cases through non-negotiated pleas, we nevertheless apologize to the public that injustices often associated with these types of dispositions are allowed to occur in our court system.