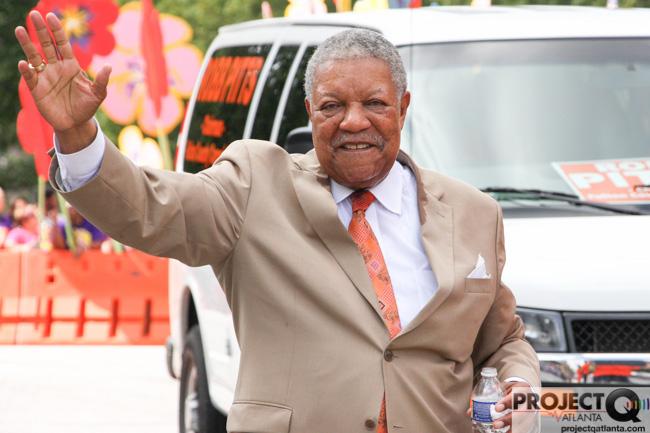 The Fulton County Board of Commissioners is facing criticism for failing to follow through on recommendations to battle the county’s HIV epidemic more than a year after a task force presented them.

This latest report comes as the City of Atlanta addresses failures in an HIV housing program critical to stopping the spread of the infection in a city that has one of the highest rates of HIV infections in the nation.

The Fulton County Task Force on HIV/AIDS was founded in December 2014 with the goal of ending HIV in the county. After two-and-a-half years of work that involved 14 appointed task force members, 25 non-appointed contributors and more than 120 people involved in committees, the task force presented its findings to elected officials.

Fulton then established the HIV/AIDS Prevention, Care & Policy Advisory Committee to advise the Fulton County Board of Commissioners on addressing HIV. But more than a year after being established in August 2017, the committee has not met, and commissioners appear unsure of when it will.

Melanie Thompson, a task force member and principal investigator for the AIDS Research Consortium of Atlanta, commented on the county’s lack of action at an Aug. 30 briefing on the city’s HIV epidemic at Atlanta City Hall.

“The idea was that it would transition to a permanent advisory committee, but that effort – I’m sorry to say – has stalled, and there has been no advisory committee for over a year. And we are hoping that the board of commissioners will remedy that as soon as possible,” Thompson said in her address to HIV activists and elected officials.

“A blatant showing that the county doesn’t see the importance of HIV prevention and care,” Driffin told Project Q Atlanta. “I think the political will connected to certain people living their fullest and healthiest life is over.”

Driffin also referenced the city of Atlanta’s mismanagement of the Housing Opportunities for Persons with AIDS program, a federally-funded program that provides housing solutions for low-income people living with HIV/AIDS.

“Less than a mile from the county building, we have the city not making the appropriate steps to house people living with HIV,” he said. “It is terrible all around.”

‘A living and unfinished strategy’

The task force was one of the final efforts made in a lifetime of addressing public health issues by Joan Garner, the beloved former Fulton County commissioner who died of breast cancer in 2017. Garner – vice chair of the commission and its first-ever openly LGBTQ member – was known as “the health commissioner.”

Thompson called Garner the “founding mother” of the task force.

“She is the person who stood up at a Georgia Equality breakfast when we talked about how bad the epidemic was and she said, ‘What should we do about that?’ And that was really the beginning of the Fulton County task force,” Thompson said at the HIV briefing.

Rob Pitts (top photo), chair of the Fulton County Board of Commissioner, did not respond to repeated requests for comment on the matter from Project Q. Fulton Commissioner Natalie Hall, who was Garner’s chief of staff and succeeded her in the District 4 post in 2017, also did not respond. Hall attended last month’s HIV briefing at City Hall.

Commission Vice Chair Bob Ellis said he appointed two members to the committee but was “unsure” of whether the panel has met.

Matt Pieper, a committee member and executive director of Open Hand Atlanta, confirmed he was one of Ellis’s appointees.

“The committee has not met yet as I believe Fulton County is in the process of drafting bylaws to guide this new committee,” Pieper said.

Ellis said the county’s public health department has been using the task force’s strategies and recommendations as a guide, but he did not have a timeline on when the committee would meet.

“I think someone may have asked our county staff or public health department to draft bylaws for consideration before they met,” he said. “Not sure what the genesis of that was, but I do understand that bylaws are being drafted and they will soon be meeting.”

Thompson described the task force’s work and findings presented in 2017 as “a living and unfinished strategy.”

“We have the tools. The question today is do we have the political will? And that is the question for our elected officials,” she said.

“We just have to galvanize it and make it work,” she added, directly addressing elected officials in attendance at the HIV briefing. “Please call on us – your community – to help you, and we can end this thing together.”