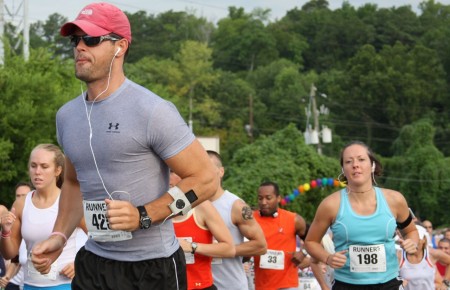 The group behind the annual Pride Run/Walk is considering where to hold the 2009 version of the event.

Front Runners Atlanta, which moved the 5K event from its traditional home of Grant Park to Ansley Square this year, is studying where to hold the popular event next year, according to Southern Voice. If the run remains tied to Ansley, the course may change.

Front Runners organizers haven’t yet decided where the 2009 Pride Run/Walk will take place, after it was relocated in 2008 from its longtime home at Grant Park to the Ansley neighborhood. Turnout at this year’s relocated event was still strong, but if the run returns to Ansley it is likely to be tweaked, [Front Runners President Bernie] Colligan says.

“The run was actually a fairly challenging run and I think that something we may need to take a look at,” Colligan says. “It was an awful lot of hills for that kind of run, so we may have to revisit the route.”

Though the location changed, the results from the 2008 race remained the same from a year earlier: Ben Clarke finished first and was also the overall men’s winner while Kim Feather again took the women’s crown, this time for the 12th consecutive year.