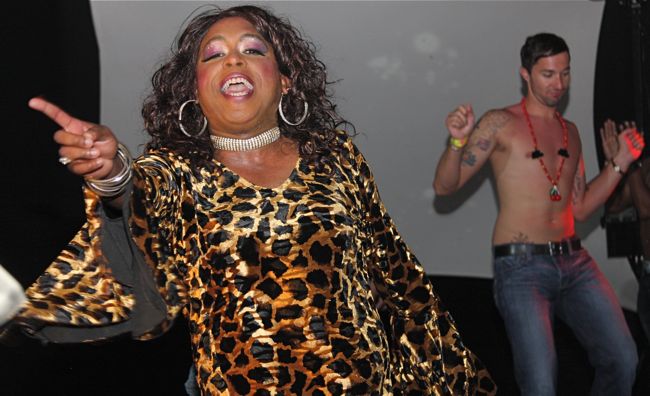 Former Armorette Wild Cherry Sucret always goes big -- in life, in death during her own funeral and now, even in the after-life. You can never keep a good queen down and this one has taken on a new life thanks to online retail giant Amazon. Sucret, the drag persona of Tony Kearney, celebrated his retirement from the drag troupe last year in grand style. The show – you can even call it a ceremony or procession – offered a mock funeral that rivaled the grandness of most anything Sucret did during her 10-year run with the Armorettes. Gold casket? Check. Shirtless pallbearers? Yes, those too. Performances by scores of current and former Armorettes? Indeed. Let’s not even get into the well-endowed sex toy used to pummel the casket at one point during the evening. Over the top? You betcha. (View photos) But charity is never far from Kearney’s heart. So the entire evening last June was recorded for more than the sake of posterity. The result? “This is It?: Wild Cherry Sucret’s Homegoing” on DVD. Yes, you can now relive those moments, performances and songs as they unfolded that very night with the purchase of the $20 DVD from Outwrite Bookstore and Amazon. (Like we said, Sucret always goes big, so of course the DVD is on Amazon.) And back to that charity thing: Proceeds from the DVD sales benefit the HIV charities of the Armorettes and the Boybutante AIDS Foundation, which hosts the 22nd Annual Boybutante Ball on Saturday, April 16. 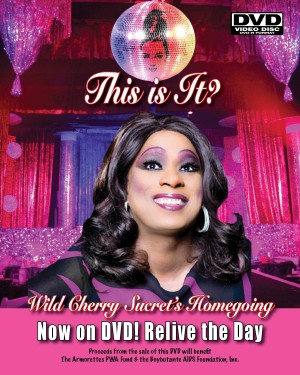 We caught up with Kearney to chat about the DVD and why you should plunk down your cash for the memorabilia. Why should people buy “This is It”? All proceeds benefit two great AIDS agencies. The DVD will have you laughing and in tear. It shows what our community can do to help others. Does anyone have a live drag queen funeral in their DVD library? Some of the banter between Coretta Scott Queen, Bubba D. Licious and Wild Cherry Sucret is priceless. Never to be seen again. A definite most to show at any party. What's special about the DVD; why did it get created? The performances are stirring, hilarious, poignant. The cast of characters makes this DVD one to add to your collection. The funeral filming was just for personal use but after viewing it, I wanted to share it with everyone. Britt Pitre, a great Atlanta director, filmed it. It captions the true essence of a drag queen funeral, if there is such a thing. Is there a moment on the DVD that means the most to you? The most touching moment for me was all the people that attended and gave from their pockets to make a difference. My favorite moment had to be the great Tina DeVore's performance, which ushered in the processional with the family and the gold casket carrying Wild Cherry's remains. Should Wild Cherry fans expect a sequel? Who knows. Her ghost has popped up around Atlanta at a few things since last summer. Rumor has it that on her one year anniversary of the funeral -- June 12, 2011 -- she may join her Armorette cast for a reunion. Also, there are thoughts of a second event coming this summer … Cherry Sundae!