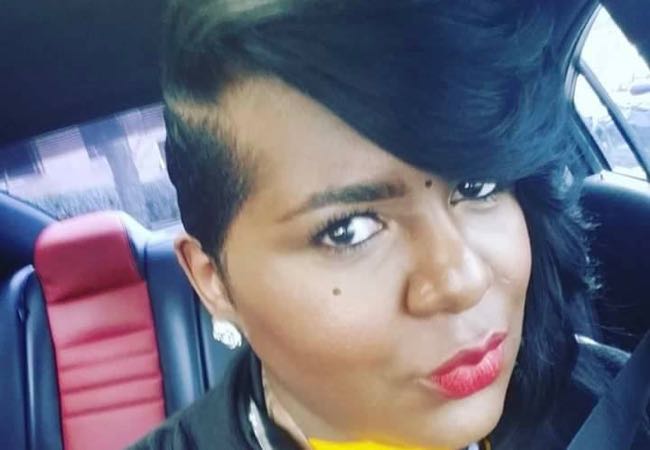 Friends, family and supporters of slain transgender Atlanta woman Tee Tee Dangerfield are raising thousands of dollars to help with the costs of her burial and funeral as police continue to search for her killer.

Dangerfield was shot several times – police won't say publicly how many – in her car in a College Park apartment complex early on July 31 and later died at Grady Memorial Hospital. Police don't have any suspects and are continuing to investigate why Dangerfield was shot and whether the killing was related to her being transgender, according to Major Lance Patterson of the College Park Police Department.

“It's at the top of the priority list. Our detectives are working around the clock as information comes in,” Patterson said. “We haven't been able to establish a motive yet. As far as the events leading up to Dangerfield's murder, we have a little bit of information but aren't at liberty to say anything yet.”

Dangerfield's friends and family are shocked at her murder – at least the 16th transgender person killed in the U.S. in 2017.

“It couldn't be a human, it had to be an animal to do something like that to her,” Alesa Dangerfield, her aunt, told WSB. “All lives matter. No one gives no one the right to take another life.”

Ramona Dangerfield, a cousin, said she was loved by her family and friends.

“She was just an all around beautiful person. She had a beautiful soul,” Ramona Dangerfield, a cousin, told WSB.

Vaughn Alvarez met Dangerfield when the two lived in the same Midtown apartment complex six years ago and they became fast friends, according to Grindr.

Alvarez, who was from the suburbs before moving to Atlanta, was new to the gay scene and Dangerfield, who had not yet transitioned and was presenting male, took Alvarez under her wing.

“It was just sort of a natural friendship,” Alvarez said in a phone interview. “She taught me things, how to deal with relationships with boys, with gay friendships — with your girlfriends.”

The friends also spent their Sundays together at the Vision Church of Atlanta. Via Grindr:

“I loved to see her worship,” Alvarez said. “Because it was very authentic, it was very real. She really loved God with all her heart.”

Sundays after church, they’d usually hang out and eat a meal together, but that routine was interrupted when Dangerfield got a job at Jackson International Airport.

Dangerfield was killed less than 48 hours after she attended a march and rally for transgender equality in Midtown, according to the AJC.

Two detectives are investigating the homicide and police continue to canvas the South Hampton Estates apartment complex where Dangerfield was found, Patterson said.

“We want to identify anyone that may able to give us any little bit of information,” Patterson said.

A funeral service for Dangerfield is scheduled for Friday at Saint Paul Missionary Baptist Church in Hammond, La. Dangerfield is a native of Louisiana.

Dangerfield's family launched an online campaign to raise $10,000 for her burial and funeral costs.

We know this story has touched many people in the Atlanta-metro area and across the country. Especially, those in the LGBT community. We want you to know your love and support has meant everything to our family. We also want you to know that Tee Tee was a prideful transgendered woman and happily supported her community.

Some 98 people have donated $3,148 in the four days since “Tee Tee's Memorial Page” was created.

UPDATE | Co-workers of Danegrfield's at Hartsfield-Jackson Atlanta International Airport are planning a memorial for Aug. 11, according to the Georgia Voice. The Memorial Service for TeeTee begins at 11 a.m.

UPDATE | LGBT groups are also planning a memorial. The Community Memorial & Healing Cypher for TeeTee & Our Gurlz is set for Aug. 12.