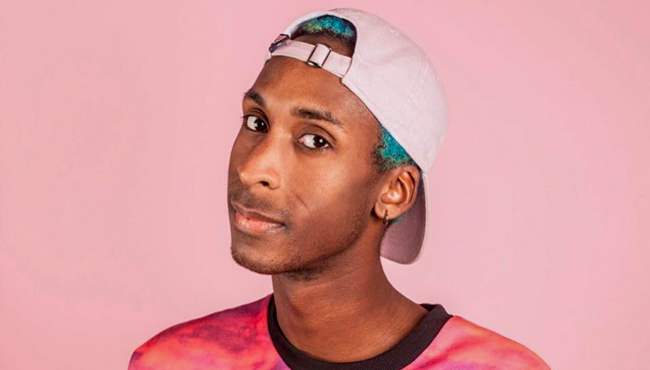 The death of a 26-year-old local “radical, Black and Queer artistic force” who succumbed to cancer is hitting those close to him hard.

Matt Jones was surrounded by friends and family when he died on Wednesday after a three-year battle with Burkitt’s Lymphoma.

Jones (photo) was operations manager and social media editor at Wussy, but his legacy extends well beyond that.

“The weight of his loss is real and the importance of his work in his lifetime is so deeply felt,” wrote the Wussy staff in a tribute posted to their site Friday morning. “Matt was an original creator and a silo of good reason for Wussy. He was an amazing colleague and friend — he was poised and always ahead in style.”

“His legacy and influence are very real for us here and for the communities he touched in the Southeast as a radical, Black, and Queer artistic force,” they added.

Before his time at Wussy, Jones was a member of Southeastern art collective Dodekapus and non-profit public art group Living Walls.

He presented his original illustrations, collages and drawings at a solo exhibition in June.

Jones was described in his Wussy author bio as “your average carefree black boi, community worker and sensei. As an Atlanta based artist, he dreams to foster community and advocate real change for issues involving but not limited to mental health, queer life and POC disparity.”

There is a celebration of Jones' life at Mary’s on Friday night on what would have been his 27th birthday.

A public memorial service is planned for Tuesday, Sept. 4, at 6 p.m. in Adair Park 1 by the pavilion. There is also a Go Fund Me campaign to raise money to offset his family’s costs of the memorial and funeral services.

“To celebrate him is to do anything we can to build a better world and to do that, we can never stop creating or sharing the narratives of queer folks,” the Wussy staff wrote in their tribute. “We can never stop exploring subjects that may be uncomfortable to people unlike us. We really think that’s what he would have wanted.”