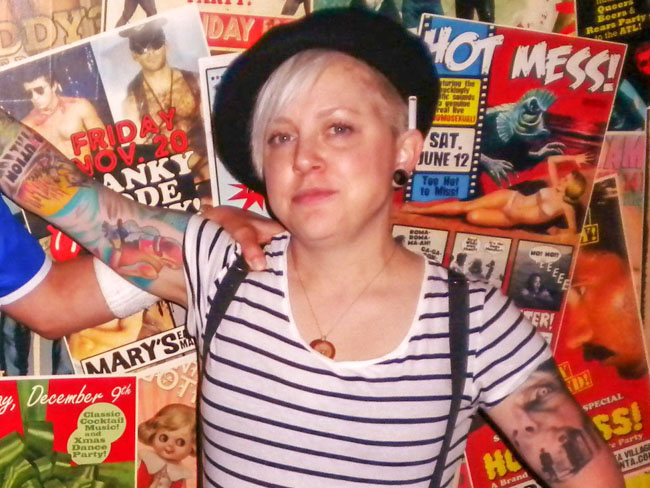 Friends will gather at the East Atlanta gay bar on Aug. 20 to celebrate what would have been Patterson’s 40th birthday.

Patterson started working at Mary’s around 2006, according to owner Ben Cheaves.

“Bernie moved to Atlanta from Memphis, Tenn., and, like a lot of us, quickly found a home at Mary's with its cast of regular left-of-center gays, lesbians and queers,” he told Project Q Atlanta.

Patterson volunteered for the group that started alternative queer arts and music festival MondoHomo in 2007, according to Cheaves.

“The work and time she put into community was a big source of pride,” he said.

Patterson left Mary’s in 2015 once she became sick.

“We are very glad to have been such a big part of Bernie's world during her time in Atlanta and she will always have a special place in the hearts of the Mary's family and everyone who thinks of Mary's as home,” he said.

The event at Mary’s on Aug. 20 will be held in lieu of a memorial service at Patterson’s request, according to Cheaves.

“Feel free to swing by to share a story, give a friend a hug, sing a Kelly Clarkson song or just raise a glass to a one-of-a-kind friend,” he said.

Patterson was also a founding member of the artistic social justice collective Feminist Outlawz, according to friend Brian Baj.