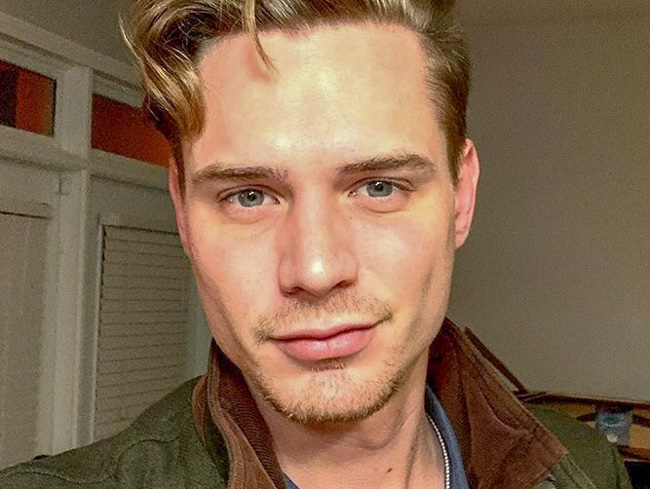 A 27-year-old gay Atlanta property manager is being mourned by friends after he died in a one-car accident in Southwest Alabama early Sunday.

Sam Colbert (photo) was killed when the 2011 Jeep Cherokee he was driving left the roadway and overturned on Twin Bridges Road about nine miles north of Flomaton, Ala., according to a press release from the Alabama Law Enforcement Agency.

Colbert was pronounced dead at the scene. A passenger, 26-year-old Zachry Alsop of Atlanta, was airlifted to Sacred Heart Hospital in Pensacola, Fla., according to authorities.

Colbert made a big impression on people, according to close friend Katrina Pileri.

“When he entered a room, you knew it,” she told Project Q Atlanta. “A big personality that filled a room and energized everyone.”

Colbert loved to sing and play the piano. He was also a loyal friend, according to Pileri.

“He was the person to call when you needed something worked out,” she said. “From sewing projects to auto repair to late-night talks, Sam was someone you could count on any time of day.”

Colbert was loved by staff and patrons at gay-owned Atlanta restaurant Guac y Margys, according to co-owner David Barton. Colbert was a bartender and server at the eatery from October to December.

“We still can't believe it,” Barton said. “He was always smiling and had the most upbeat personality.”

“Great personality,” Young said. “He loved to have fun, that’s what I remember about him.”

Colbert was born in Brewton, Ala., in 1992 and moved to Atlanta in 2013, according to an online obituary. He became a leasing manager at CF Real Estate Services in Midtown in December, according to his LinkedIn page.

A remembrance for Colbert is scheduled for Wednesday at 7:30 p.m. at the Millennium Gate Museum in Midtown. Pileri, who organized the event, said it might be rescheduled. On Monday, Atlanta Mayor Keisha Lance Bottoms ordered residents to stay inside their homes unless they must leave for “essential activities, essential governmental functions or to operate essential businesses,” according to a press release. It expires April 7.

A memorial service for Colbert will take place Friday at the Poplar Springs Cemetery in Uriah, Ala., according to an online obituary.