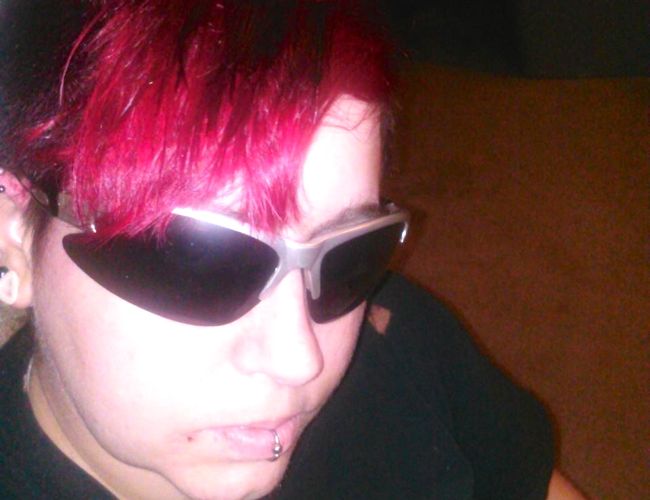 A gay Atlanta drag performer who died on Friday is being mourned, with two bars where he performed set to celebrate his life and help raise funds to pay for medical and memorial service expenses.

Laiden Stone died late on Feb. 28, a week after sustaining injuries in an auto accident while traveling with his fiancée Shelly Holcomb. Stone was returning to Cartersville after volunteering to handle the spotlight for the Ladies Night Show at LeBuzz. Stone, a drag king, also performed at the Marietta gay club and competed recently in the bar's Project Drag King.

"We were friends and I met him at the bar several years ago and had grown to know each other over time. Thus growing from a customer relationship, to friendship, to a member of the inner circle of performers, and helping behind the scenes. His untimely death has hit our small group pretty hard," Murphy adds.

"We are truly saddened by this and will miss Ty-Laiden," says Jennifer Maguire, co-owner of My Sister's Room. "He had a great spirit and was truly an entertaining performer."

Maguire and Murphy say that Stone's friends and supporters are concerned about outstanding medical bills and other expenses. Stone did not have health insurance, Murphy says.

A memorial service is scheduled for March 13 at Gammage Funeral Home in Cedartown. But supporters plan to raise funds and celebrate Stone's life during two benefits shows with drag queens and kings – on Sunday at My Sister's Room and on Monday at LeBuzz. MSR's Benefit for Laiden Stone will include performers and the sale of a video collage of Stone's performances to raise funds. Drag performers Monica Van Pelt and Niko Giavanni will host LeBuzz's Benefit Show - Life Celebration, which will include music from DJ Birdman.

"The benefits will help with grief and closure for everyone, and raise funds to be donated to surviving family for the hospital bills and burial expenses," Murphy says.

Maguire says friends and supporters are rallying in the wake of Stone's death.

"Its amazing how our community comes together in a time of need to help when these unfortunate times happen in our lives," she says.