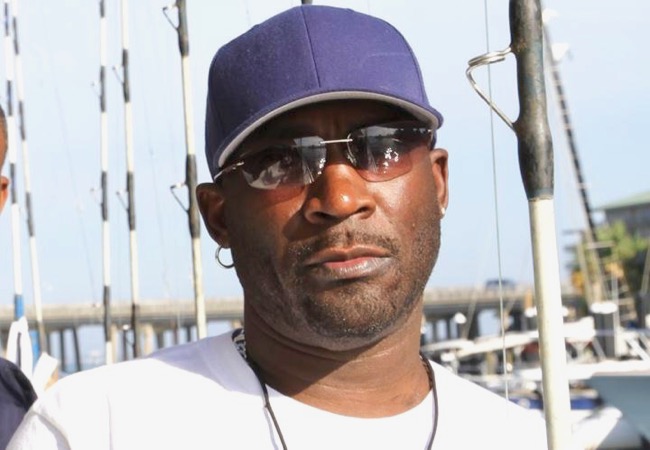 Friends and supporters are mourning the loss of longtime DJ Andre Brown, a popular fixture at Bulldogs and in the gay Atlanta nightlife scene for nearly two decades who died earlier this week.

Brown, 50, died early Monday at WellStar Cobb Hospital in Austell after a long battle with kidney disease and other health issues. Brown lived in Douglas County with his longtime partner Marcus Everett.

Friends and fans plan to celebrate Brown's life on Saturday, April 7 at Bulldogs, where Brown manned the DJ booth for nearly 20 years.

Come listen to the sounds of Dj Andre Brown and celebrate his years of life, love, and the music he loved to create. He could always make you dance your butt off every Thursday, Saturday, and Sunday. He will be missed, but his legacy and style of music will live on forever!!

Bulldogs owner Brent Cochran-Maddox said he was “devastated” when he was told of Brown's death. The two became fast friends when they met more than 25 years ago and later worked together at Bulldogs.

“It's been very painful,” Cochran-Maddox said.

“I've known him the longest of anyone I've known since I've been gay. We had a close friendship from the beginning,” he added.

On Saturday, the event at Bulldogs will include Brown's favorite music and help remember all of the good times from his lengthy DJ career. Brown's talents in the booth helped draw large crowds for the bar, Cochran-Maddox said.

“He was just able to read the crowd and feed off of them. After so many years of doing it, he just knew what people wanted and how to accommodate their needs,” he said.

Even through years of health struggles – and scores of hospital stays – Brown would push his physical limits to return to work at Bulldogs. His work ethic – and his approach to dealing with the pain of his chronic health problems – is something that Cochran-Maddox said he'll never forget.

“He had struggled with dialysis and had many illnesses and problems related to health issues to the point that he was in and out of the hospital, surgery after surgery. He never lost faith and never gave up. He was always positive no matter what he did,” Cochran-Maddox said.

“He was so dedicated that he would sit up there in the DJ booth completely in pain and at times I had to call his family to come get him out of the booth. He was so dedicated and he loved what he did. He had such strength and perseverance. He never got upset about it,” he added.

The celebration of Brown's life on Saturday is also a fundraiser to help his family with funeral costs. Additionally, an online campaign has been launched to help defray those costs.

First of all, we want to say “Thank You” for all the love and support. At 7:08 am today (04/02/18) we lost our only brother “André Brown”. As many of you know, he’s was a true fighter! My brother has had hundreds of surgeries , has flatlined a few times and has always bounced back. Well, this time was a little different, he is finally with the Lord.

The reason for this GofundMe account is because my brother finally found insurance last year, but being that he didn’t have it for a full 3 years he doesn’t qualify for the $20,000 he only qualifies for $844. We need help paying for his funeral. If you all can help our family with this it will be deeply appreciated! God bless and we will keep you posted on the funeral arrangements!!

Our Brother Andre Brown has raised $6,125 of its $25,000 goal since the campaign was launched on Monday.

Cochran-Maddox said that besides his talents in the DJ booth, Brown had a big heart that he readily shared with others.

“He had the warmest and most gentle heart of anyone I ever met. If you weren't in a good mood, if you talked to him about it you walked away and felt better. He had that ability,” he said.

Visitation for Brown is Wednesday beginning at 10 a.m. at the South DeKalb Chapel of Gregory Levett & Sons in Decatur. His funeral is Thursday at 10:30 a.m.