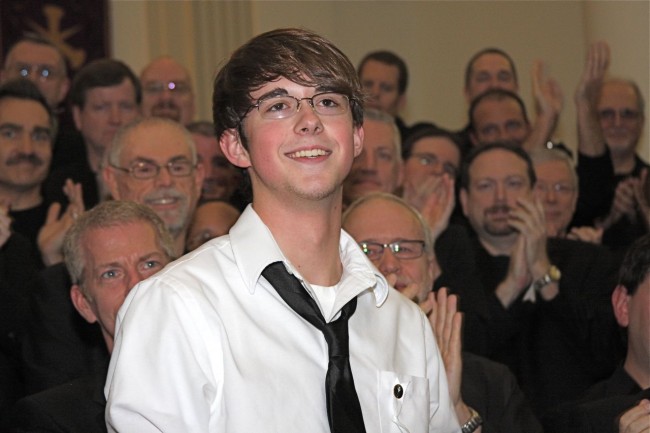 Derrick Martin, the gay teen who is taking his boyfriend to the prom, and a Middle Georgia drag queen will be at the center of a rally in downtown Macon on Friday. 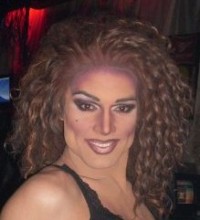 The Equality Rally being organized by the Macon chapter of Parents, Families and Friends of Lesbians & Gays is a show of support for Martin (top photo), who made international headlines recently for pushing to bring his boyfriend to the Bleckley County High School prom later this month, and Deonna Sage (second photo), a drag performer who apparently faced unflattering comments during a recent public event.

“This is an opportunity to band together in support of our community and both of our members who faced public opposition for being who they are,” according to a Facebook invite for the event.

Martin was in Atlanta recently to be recognized by the Atlanta Gay Men’s Chorus, which named him an honorary member during its concert on March 26.

“This is all a big shock,” Martin told the crowd. “I just wanted to say mainly that everything that I’ve done up to this point has been to show others, like myself in my situation, that you can get your rights. And that you can expect the social rights in school and outside of school.”

Martin gained international headlines last month when he gained approval from school administrators to bring his boyfriend to the Bleckley County High School prom on April 17, only to have his parents kick him out of his Cochran, Ga., home amidst intense media coverage of the flap over the prom.

Sage apparently faced harassment when she performed during the recent Cherry Blossom fashion show, according to the Macon Telegraph.

“This is an opportunity to band together in support of our community and both of our members who faced public opposition for being who they are,” Edric Floyd, co-president of the PFLAG Macon chapter, tells the paper. “Middle Georgia has a lot of work to do to embrace equality for all of its citizens.”