Frenchie Davis coming to Atlanta to fulfill her destiny 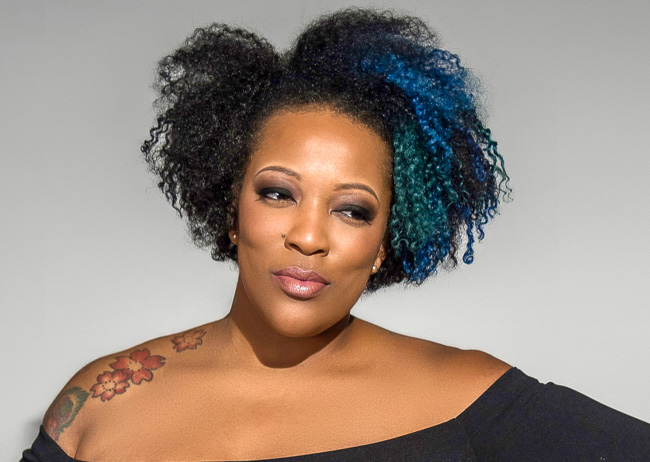 Grammy-nominated singer Frenchie Davis is closing in on 20 years in the music business, so she’ll be loaded with songs to belt out when she plays Out Front Theatre on Nov. 7.

How has she been able to keep it going for this long?

“Honestly, I don’t know. It’s something that even I marvel at at times,” she told Project Q Atlanta.

Davis, 39, has done Broadway, “American Idol,” “The Voice” and countless live performances along the way.

“I was telling friends that it’s amazing I get to play these festivals and Prides and I get to share stages with artists who have multiple albums and award nominations,” she said. “It’s not a blessing that I take for granted. I feel like singing is just something that I was just born to do, so I think the universe somehow finds a way to meet me halfway as I continue to work towards fulfilling my destiny.”

In 2017, Davis starred off-Broadway in “The View Upstairs,” a play about a fire at a gay bar in New Orleans that killed 32 people in 1973. Her appearance at Out Front Theatre falls during a run of “The View Upstairs.”

“It was a very emotional and spiritual experience bringing the stories of these characters to life,” she said. “It was an opportunity and experience that I will always remember with a full heart and great appreciation.”

The singer — who came out as bisexual in 2012 —  has a deep connection to Atlanta. She lived here for a year, her best friends and godchild live here and she’s played Pearl Day, Black Gay Pride, the HRC Atlanta dinner, the Creating Change Conference, the Gentlemen’s Ball, a GLAAD Atlanta fundraiser and Blake’s on the Park during Atlanta Pride weekend.

“Last summer, I played the Taste of Soul music festival and I had a blast,” she said of her most memorable Atlanta visit. “A lot of the Pride festivals are very dance music-heavy and you sing to a track, so it was really great to be able to do my thing with live music. I always have a blast when I come to Atlanta.”

Davis’ team describes her current show as “one part Bach with a dash of Britney, a sprinkle of Fetty Wap and a pinch of Claire Huxtable.”

“It’s really acoustic piano interpretations of songs from every genre, from hip hop to rock ‘n roll and some of my favorite Broadway stuff as well, and of course soul and R&B,” she said.

UPDATE | Out Front announced Nov. 5 that the event has been canceled.