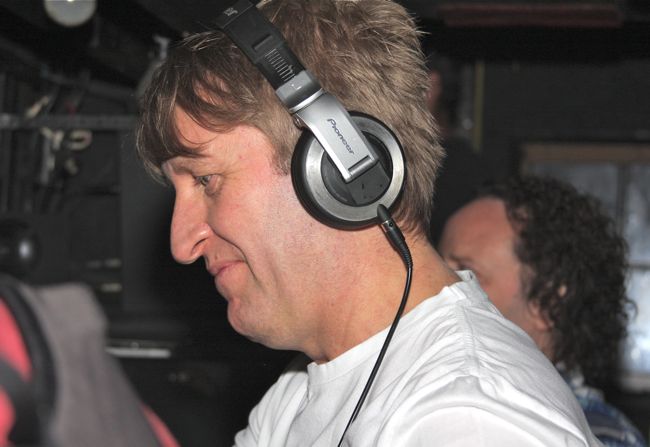 The gay U.K. DJ sensations known as Freemasons have been busy since a sold-out Heretic performance for Atlanta’s dance divas last year. We catch up with what they’ve been up to before Friday’s command performance.

That’s right. The British are coming. But after last year’s legendary set helmed by Freemasons’ Russell Small (top photo) saw a capacity crowd at Heretic (view photos), there’s nothing to fear and everything to get excited about. Small tells Project Q Atlanta that new tricks and tracks up the duo’s sleeve set their work apart from other DJs and make the back-by-popular demand Friday gig special. 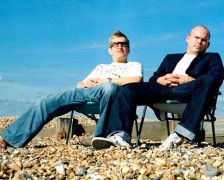 “I think working with a smile on your face is one of the things [that sets Freemasons apart]. Lots of miserable DJs out there,” Small says. “But also, we are always in the studio, so always have new things to play, as well as our large back catalogue of mixes and tracks that we pull out of the bag so things aren’t always going quite to plan.”

Since 2005 when Freemasons—named after their favorite pub in hometown Brighton—transformed Jackie Moore’s 1979 “This Time Baby” and Tina Turner’s 2000 hit “When the Heartache Is Over” into the international club hit “Love On My Mind,” they’ve been among the upper echelon of in-demand producers. Beyonce even hand-picked them for her “Birthday” album.

Before he hits the decks at Heretic to benefit Joining Hearts on Friday, Small – the live DJ half of the duo to James Wiltshire’s (second photo, right) self-described “studio whore” – was happy to chat us up about the whirlwind of studio and live-gig work Freemasons have done since last year, the state of dance music and a preview of his Atlanta performance.

With so many amazing artists on your resume already, are there any fantasy singers you dream of making studio magic with?
There are so many, but here’s a few of our faves: Alicia Keys, Adele, Ne – yo, Mary J, Rita Ora, Mark Foster. I have to say though we would much rather have these artists featured on our own tracks than be doing a remix for them.

The last time we spoke, “Pegasus” was taking shape. How’s it going?
We have nearly an album’s worth of songs, but just need to finish them, which is proving difficult at the moment as we are just about to sign a new deal with MOS. We are frantically trying to finish the tracks we have written for this project.

Which tracks are your favorites that we’re likely to hear during this visit?
My favorite track of the year is probably the Sia “Titanium” track. Such an incredible vocal performance. I’m loving all the Adele dance mixes, especially the big room Thomas Gold mix of “Set fire to the Rain” and of course our own mix of “Rolling in the Deep” (listen below).

I played our new single “Tears in the Rain” at New York Pride last weekend, which got a great reception for something no one had heard before. I have about four new tracks of ours that I am road testing, but not the finished versions.

What’s your take on the current state of dance music, and where do Freemasons want to take it?
It’s great for everyone involved with dance music that U.S. radio has now embraced this genre, but I feel quality of song is being lost as some producers and writers try to market their music to wider audiences. I can totally understand this; it’s all about sales at the end of the day for the bigger artists, but it cheapens it a little for me.

We have spent a while sitting back and listening to what is going on, working out where we want to be as artists and what we want to achieve. Signing to MOS is the first step in hopefully taking us to the next level in our careers. You can’t help being influenced by what is going on around you musically, but we have tried to be true to ourselves, insisting on quality instead of quantity, hopefully this will be noticeable in our new productions.

What’s your approach and how do you get psyched up for live sets like Friday’s?
I read about soccer players that imagine themselves scoring or tackling before games. It’s pretty much the same for me. I think about tracks that I can put together and crowd reactions.

I am always in my own little world before gigs, working out my set in my head, thinking about where I’m going to take the crowd. I always try to get to gigs at least an hour before so I can hopefully feel the vibe of the crowd and listen to what the DJ before me is spinning.

Anything else you’d like to say to your gay Atlanta fans before they see you on Friday?
Its been a while, but the new material is on the Horizon, we hope you like it as much as we do.