The case of an Atlanta go-go dancer and a drag queen facing sex trafficking charges has spawned intense reaction, a satirical Facebook page and a line of merchandise on a do-it-yourself t-shirt website. 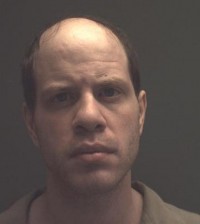 Steven Donald Lemery (top photo) – the 35-year-old better known to customers of BJ Roosters, the go-go bar on Cheshire Bridge Road, as dancer Steven Lang – and Christopher Thomas Lynch (second photo) – also known as drag queen Pasha Nicole – were arrested in early March after a male teen from Alabama went to authorities with allegations that he was forced into prostitution after meeting Lemery for sex in his Douglas County home.

Sheriff Phil Miller later alleged that Lemery used social media to entice at least four male teens, some of whom were minors, from Georgia, Alabama and South Carolina to meet for sex, only to have Lemery lock some of them in his bedroom closet and force them into prostitution.

Nicole, one of several adults who lived in the house with Lemery, took to Fox 5 when Lemery was arrested to say she wasn’t aware of Lemery’s alleged actions and that she even questioned him about the “vast amount of different boys coming into the house.” Shortly after that interview, an alleged victim identified Nicole and told authorities she had abused him. Nicole was then arrested. 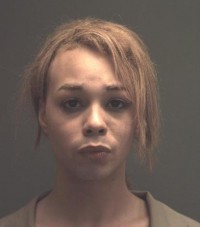 The arrests, which gained renewed attention this week when LGBT media outlets reported on the case, have prompted intense reaction on Facebook, a Free Pasha page and a line of Free Pasha merchandise.

Free Pasha was created on March 23 with this description: “I stole a prison guard’s cell phone to make this page and call you all to action! I AM INNOCENT. LET ME GO!” The page offers a link to the Free Pasha line of merchandise on Café Press that includes 10 t-shirts, stuffed animals and even thong underwear with Nicole’s jailhouse mugshot emblazoned on them (bottom photo). It’s not immediately clear who created the Free Pasha page or merchandise. 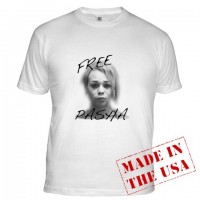 Lemery’s Facebook page, which was created under the alias Steven Lang, includes scores of wall posts accusing him of wrong doing and admissions from some young men that they nearly met with Lemery or considered moving into his Douglas County home. The Facebook page also includes dozens of photos of Lang, some with him posing shirtless and most with him wearing a thick black wig that stands in sharp contrast to the image of his jail booking photo.

Lemery and Nicole are being held in jail without bond. Calls to a spokesperson for the Douglas County Sheriff’s Office were not immediately returned.