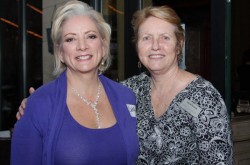 A little whimsy for dinner? That was the tack of Fourth Tuesday, which returned its monthly dinner on Tuesday to Amuse in Midtown.

The French bistro, which takes to describing itself as whimsical with a modern bohemian charm, provided a casual setting for the group of a few dozen. The restaurant, bar and lounge — tucked into the retail space of an upscale condo building — is the creation of the restaurant group that includes popular eateries Apres Diem, Carroll St. Café and Carpe Diem, the Decatur spot that hosted the lesbian group in February 2010. 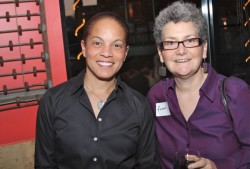 Fourth Tuesday’s northwest chapter spent the evening at Papasito’s Cantina. Last month, the group enjoyed the menu at Wahoo! Grill in Decatur, continuing its rotation between locales in Midtown and Decatur.

Up next for Fourth Tuesday: Its monthly happy hour at Bellissima on March 11. The group is the social networking arm of the Atlanta Lesbian Health Initiative and has several chapters across metro Atlanta.