Fourth Tuesday does dinner in Midtown 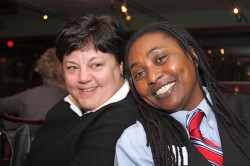 More than 50 women from across metro Atlanta enjoyed dinner and drinks this week as Fourth Tuesday brought its monthly dinner to Midtown as it reincarnates a popular event series from the late 1980s.

Einstein’s hosted the gathering Tuesday, the third such dinner since Fourth Tuesday re-launched its monthly series and the first time it’s taken place in Midtown. 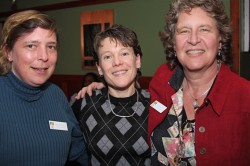 Next month, Fourth Tuesday moves to Carpe Diem in Decatur on Feb. 23. The restaurant is donating 10 percent of the dinner tab to ALHI. The group also hosts its monthly happy hour at Paris Decatur on Feb. 12.