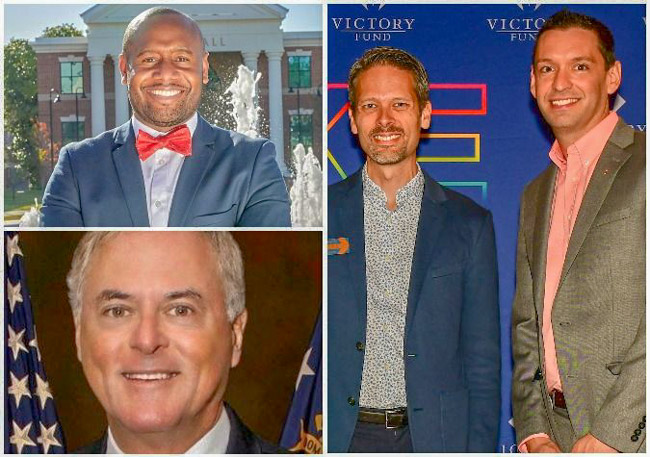 Georgia Equality endorsed 13 candidates – including four LGBTQ candidates in metro Atlanta and Savannah – in municipal races taking place across the state next month.

In making the picks for the Nov. 5 elections, the importance of candidates who support LGBTQ rights “cannot be understated,” Jeff Graham, Georgia Equality's executive director, said in a press release on Wednesday.

“Municipal elections are so important to our movement and every LGBTQ person and ally should vote in their local elections,” he said.

Georgia Equality also endorsed Andy Yeoman (photo right), a gay IT professional who is running for Doraville City Council. He hopes to replace Pam Fleming, who was the only councilmember to vote against the city’s nondiscrimination ordinance. Yeoman also received a Victory Fund endorsement.

Geierman and Yeoman were two of about 35 candidates and elected officials who marched in Sunday’s Atlanta Pride parade.

Kurtis Purtee is another LGBTQ candidate who received Georgia Equality's endorsement. Purtee is a police captain for Georgia Southern University who is running for Savannah City Council.

In a period in which many people seeking elected office are supportive of the LGBTQ community, the Georgia Equality Board of Directors will issue an endorsement for a candidate who we feel is best placed to advance our policy agenda.  The lack of an endorsement should not necessarily be viewed as a negative reflection of a particular candidate’s views on LGBTQ issues in general.

UPDATE | A previous version of this story listed Tony Center as an LGBTQ candidate, but that was incorrect. Kurtis Purtee was the candidate for Savannah City Council who is LGBTQ.