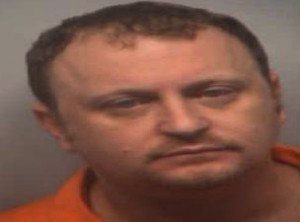 A former top executive with David magazine often at the center of controversy was arrested Thursday and remains in the Fulton County Jail on at least one criminal charge.

Brian Michael Sawyer, who as recently as July oversaw operations and finance for the weekly gay nightlife magazine, faces a $2,300 bond before he’s released from the facility in downtown Atlanta. Inmate booking information indicates that Sawyer faces at least one charge, but does not include details of the criminal complaint filed against him.

Sawyer has been a key player in the company that bought David and Southern Voice for $9,000 in bankruptcy court more than two years ago. Before that, Sawyer was chief operating officer at Gaydar, also a weekly nightlife magazine, which faced at least one lawsuit from a printer who alleged the magazine owed it more than $40,000 in past due bills.

In 2009, Sawyer and Chip O’Kelley, currently chief operations officer for David, were two of four owners of Pearl Day, an on-again-off-again gay day at Six Flags. They promised $9,000 that year to three non-profits they named as beneficiaries of the event. But the for-profit Pearl Day never donated the funds promised after the groups provided pre-event publicity to help drive ticket sales.

The fallout strained relations between Pearl Day and the non-profits, and continued when O’Kelley and Sawyer joined the company that purchased David in 2010. Atlanta Pride, a Pearl Day beneficiary that was promised at least $5,000 and as much as $15,000, booted Gaydar and David from the 2010 Pride festival over the matter.

In late July, O’Kelley announced that David magazine and Southern Voice – a once weekly newspaper that hasn’t been published in 2011 despite promises of it resurfacing – were purchased by new owners. Former owner Matt Neumann, who hired O’Kelly and Sawyer and led the company as it experienced publication delays, financial troubles, squabbles with other publications, staff turnover and quality problems, was out, according to the announcement.

Also out? Sawyer, though O’Kelley’s announcement did not mention him or the magazine’s new owner by name. In the Aug. 11 issue of David, Warner Robbins business owner David Thompson came out as the magazine’s owner, promising “some exciting new improvements.”

As the company worked to relaunch Southern Voice in April 2010, Sawyer misled readers about its launch date and the unveiling of a new website for the publication. He also worked with the company as it debuted a Florida edition of David, which quickly saw staffing and financial problems. Thompson said that publication “will remain a separate company” but did not say who owns it.