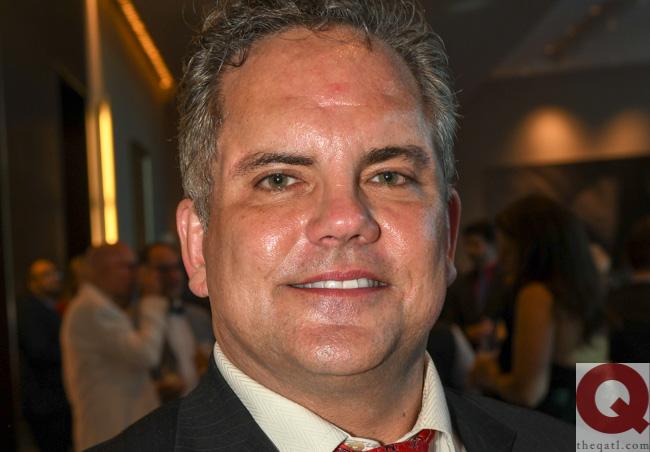 Thompson (photo) would become the second openly LGBTQ member of the commission and the first-ever LGBTQ chair of the state’s second largest county if he wins in the 2020 election. Ben Ku became Gwinnett’s first openly LGBTQ commissioner in 2018.

But Thompson’s sexual orientation was little known until now, with no apparent mention of it in previous media reports during his two years as a state representative and his ensuing 14 years as a state senator.

Thompson chalked that up to bisexual erasure.

“You can be out as bisexual and no one notices,” he told Project Q Atlanta. “I certainly didn’t hide that from anybody and certainly told folks that.”

Thompson, a Democrat, said he assumed his former Senate colleagues were aware of his sexual orientation.

“We are so pleased that Curt Thompson is running as an out candidate,” he told Project Q. “We have a long history of working with him and it would send such a strong message to have one of the largest counties and most diverse counties in the state of Georgia to be represented by an open member of the LGBT community.”

Georgia Equality has not begun its formal endorsement process for the 2020 election yet, Graham said.

Thompson would become the third LGBTQ elected official in Gwinnett County if elected, joining Ku and state Rep. Sam Park, a Democrat from Lawrenceville. He’s running to succeed Charlotte Nash, a Republican who is retiring after eight years as county chair.

Thompson considered running against Nash in 2016 but decided against it.

“Mostly because I didn’t think the numbers were quite there,” he said.

But then Gwinnett voters chose Hillary Clinton over Donald Trump by five points, choosing a Democratic presidential candidate for the first time since 1976. And Nash only won her election by five points.

“I wound up telling myself, ‘Gee, I could have done more than that and possibly won it,’” he said.

If elected, Thompson will push for an LGBTQ-inclusive nondiscrimination ordinance similar to ones passed recently in Doraville, Clarkston, Chamblee and Dunwoody. He co-sponsored a statewide civil rights bill that protected LGBTQ people while he was a state senator, but it failed to pass.

“I think it’s time to add [an LGBTQ-inclusive Gwinnett ordinance] to both protect our county employees and it’s also time to add that to help with the citizens of the county,” he said. “It’s about making a statement and saying that we invite and embrace that diversity in the LGBTQ community.”

“It’s a protection that should be there. I wish it were there in a higher level,” he added.

Transit advocate Art Sheldon and former state Rep. Lee Thompson are also running for Gwinnett chair, according to the AJC. The primary elections are in May and the general election is in November 2020.