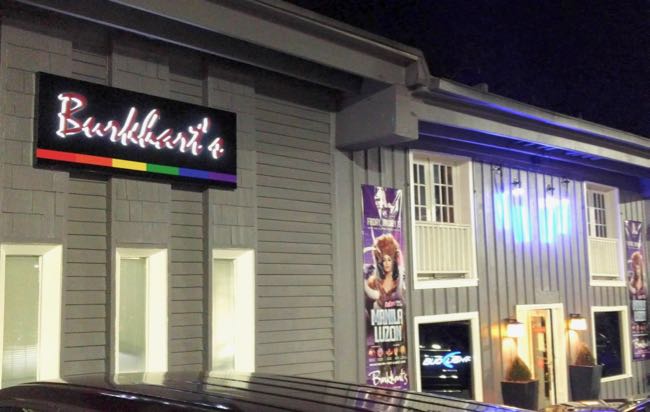 As Burkhart's scrambles to contain a controversy over racist social media posts and a mass resignation of its entertainers, the bar's owners are exploring a potential sale to the former owner of Jungle.

The possibility of selling the embattled bar to Richard Cherskov is at least the third possible exit co-owners Palmer and Mary Marsh have considered in recent days. Cherskov's interest in purchasing the bar was first reported Monday by the AJC.

“Having lost Jungle to Cheshire Bridge Road redevelopment, I think it would be a terrible shame for Atlanta to lose another of its long-running institutions. There aren't many gay venues left in the city. Let's save this one,” Cherskov told Project Q Atlanta.

Cherskov owned Jungle until the popular gay dance club closed in November. The 12,000-square-foot venue was pushed out by new property owners and new development just across its parking lot.

Several of Jungle's former employees now work at Burkhart's. Phoenix – the bar's former entertainment director who quit on Thursday with other performers – served in the same role at Jungle.

Cherskov declined to discuss details of the negotiations or sales process. Cherskov is a co-owner of Q magazine, which is the weekly print companion to Project Q Atlanta.

Burkhart's closed Friday and Saturday after the entertainers resigned. On Saturday, Rainbros hosted a public forum to discuss the offensive posts from Marsh and how to address them. Several former Burkhart's performers took part and said racism at the bar runs deeper than its owners.

The bar has come under intense criticism since a Wussy story on Jan. 19 uncovered posts from Palmer Marsh's Facebook account that referred to President Obama with a racial slur and praised “Confederate values.” The Georgia Voice found an additional post from the same account that supports the Confederate flag.

Mary Marsh told WSB on Sunday that the couple is not racist.

“I am not racist. My son-in-law is black and I love him with all my heart. I have been very good to this community. It’s always been a fun place,” she said to the media outlet.

On Friday, the bar's general manager – Don Hunnewell – said the bar was being sold. But that purported sale collapsed the next day. On Sunday, Ten owner James Nelson said he offered to purchase the bar but was rebuffed by Marsh.