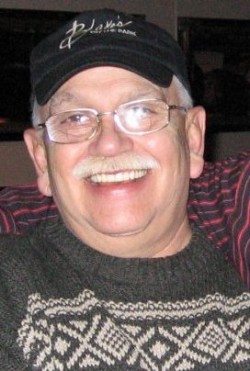 A longtime gay resident of Atlanta and well-known former doorman at Blake’s, Phil Hickman, was found dead in his Midtown home late last month with a plate of food and his dog Cricket nearby.

Phil Hickman, who served as a doorman at Blake’s for about 10 years ending in 2005, was found in his Charles Allen Drive apartment by a neighbor and friend, according to a lengthy obituary in the Atlanta Journal-Constitution.

“Old Man Phil” was found in his Charles Allen Drive apartment sitting in his favorite chair with a plate of food next to him.

Turner Classic Movies was on the television, and his tiny dog, Cricket, was nearby.

“Those were the things that he loved,” longtime friend Tommy Sweeny told the AJC.

Hickman, 64, a longtime doorman at the popular Midtown bar, Blake’s on the Park, was found dead in his home on Charles Allen Drive near Grady High School [on May 27], friends confirmed. He stopped working as the doorman years ago, but he frequented the bar and knew everybody in the neighborhood, friends said.

Steve Gower, a friend and gay neighborhood activist, discovered Hickman, according to the AJC.

Gower said a neighbor put a note on Hickman’s door — saying that someone was looking for Hickman to take care of his pet over the Memorial Day weekend.

“He was really good with animals; you couldn’t ask for a better pet sitter,” said Gower, who let Hickman take care of his two cats and now two dogs when he went away. “That’s what’s missing right now, the way he pampered my animals.”

But Gower said he knew something was wrong when he came home from work and the blinds at Hickman’s place were still closed. He said Hickman had been having health problems lately.