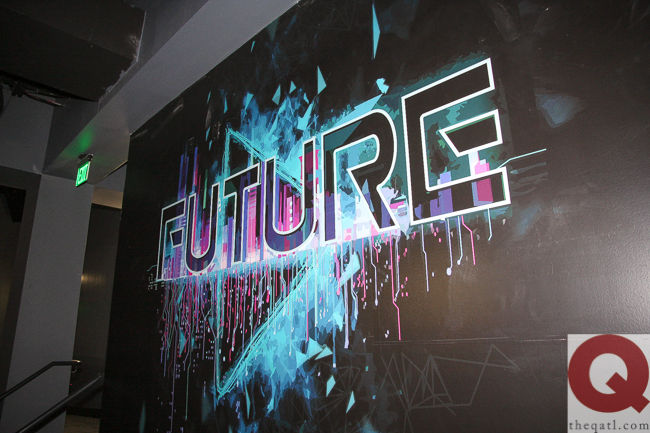 After a pandemic delay, a pair of gay Atlanta nightlife veterans are finally ready to open the doors of a two-story, 14,000-square-foot dance club, cabaret and restaurant in downtown Atlanta.

Keith Young looks forward to showing LGBTQ Atlanta what he and co-owner Hoosh Mishu started working on more than two years ago. The coronavirus pandemic waylaid their efforts.

“The anticipation that we’ve had probably doesn’t compare to what everyone else feels with having something new to do,” Young told Project Q Atlanta.

The blowout weekend wraps up with Shameless Sundays hosted by Kyra Mora and featuring DJ Kevin Durard. Xion then takes over into the wee hours of Monday with DJ Karlitos.

It’s a world away from when Young and Mishu announced their plans for Future in 2018. With Young fresh off Midtown Tavern, the pair originally shot for an opening during New Year’s 2019-2020, then they moved it to April 2020. Of course, the coronavirus pandemic hit a few weeks before that, and everything came to a halt.

“It just really wasn’t worth trying to open a giant nightclub restaurant in the middle of COVID,” Young said.

How did they get through it? “Tylenol,” Mishu joked. The building owner deferred rent, and that was a big help, Young added.

“I was never that worried about it because I knew we had a solid plan and a solid property, and we knew it was going to pass eventually,” he said.

And yes, he did say “restaurant.” Future plans dinner service featuring “elevated bar food,” Young said. Eventually, they plan to expand hours to include lunchtime. A general manager and chef are on board, and the owners are actively looking for bartenders and barbacks.

“It is tough right now to find people, but we’re working through it,” Young said, adding that Future will create about 40 new jobs.

As if all that wasn’t enough, Young and Mishu plan to rent out Future to other promoters and continue to host events at other venues all over the city. They’ll also work with Heretic General Manager Alan Collins to make sure DJ schedules don’t overlap. Collins and Heretic are in on Peach Party later this month.

“We don’t want to take all the business,” Mishu said.

Future encourages its employees to get vaccinated against coronavirus, and the venue will abide by federal health guidelines as they morph and change, the owners said.

“The governor lifted a lot of restrictions, and we’re going to do what we can to make sure everybody’s safe,” Mishu said.

Opening a gay dance club downtown was “a big risk” that Young said will pay off.

“That’s kind of where we got the name Future,” he said. “The oldest part of the city is to me the future of nightlife. So I’m relieved and excited that things are moving. I think three or four years from now, you’re not going to recognize downtown.”

Take Q’s exclusive tour of Future in Underground Atlanta below.

The second-floor entrance takes you into the cabaret space with table seating, a stage, DJ booth and a full bar. 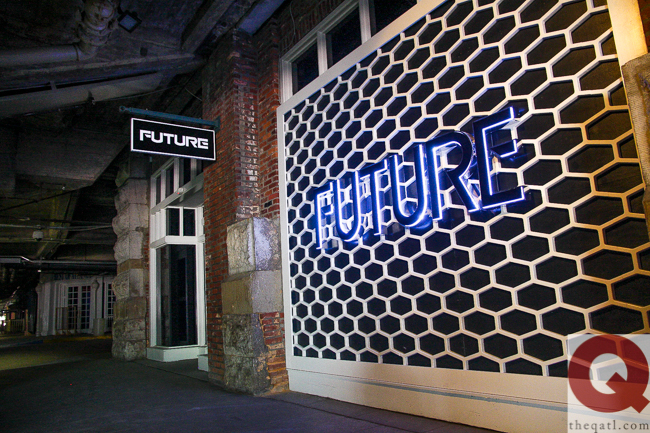 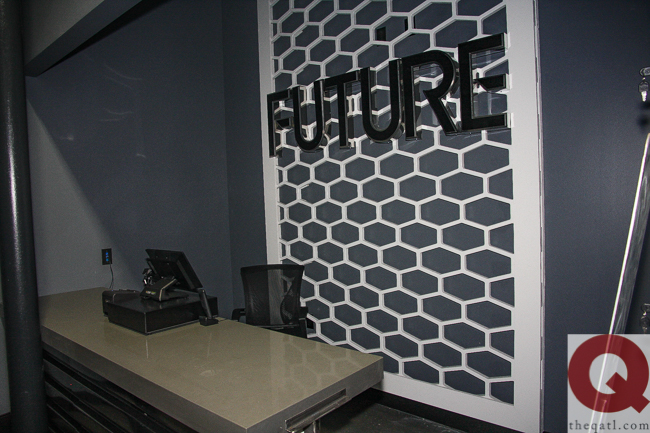 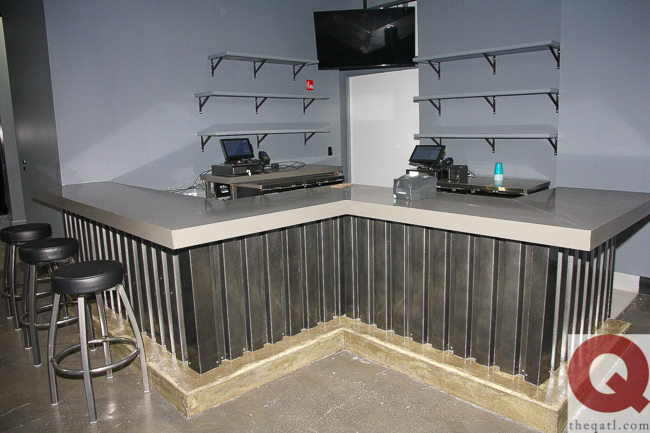 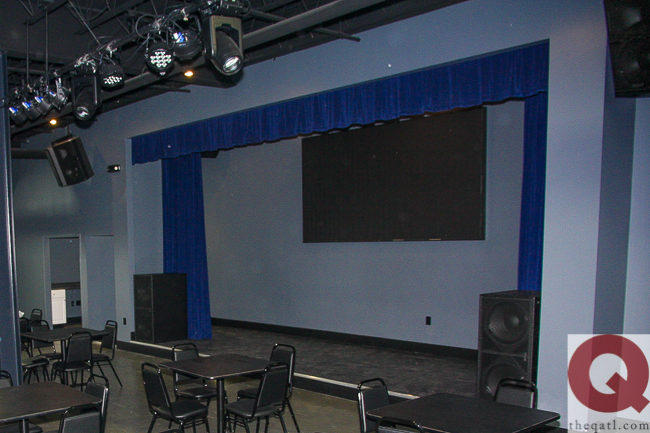 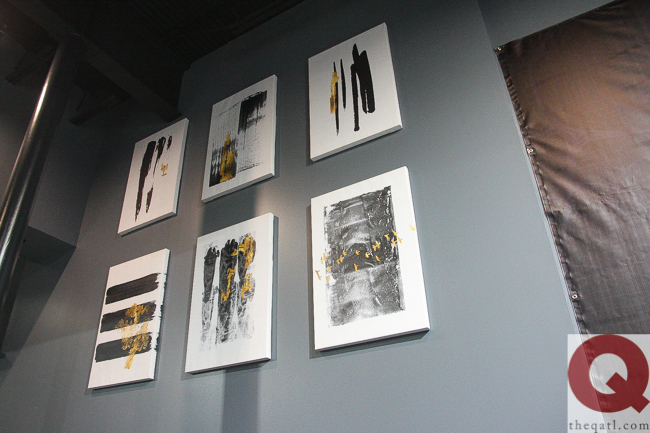 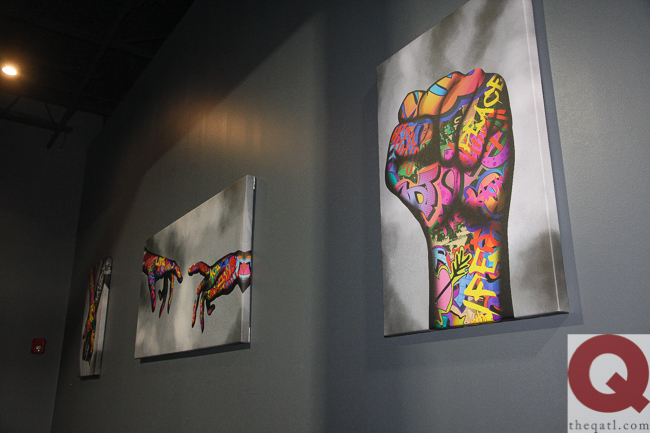 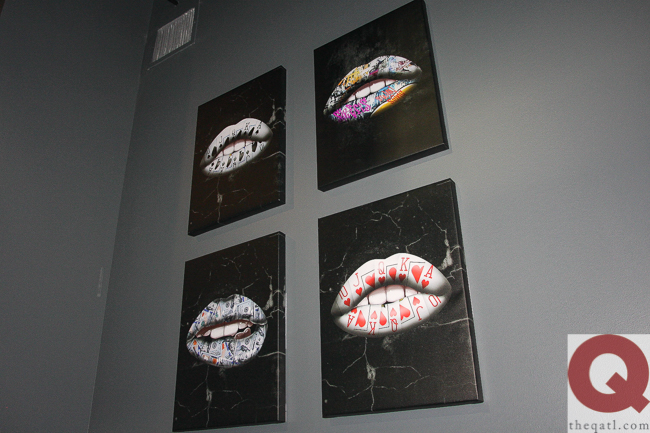 The view that performers see from the stage. 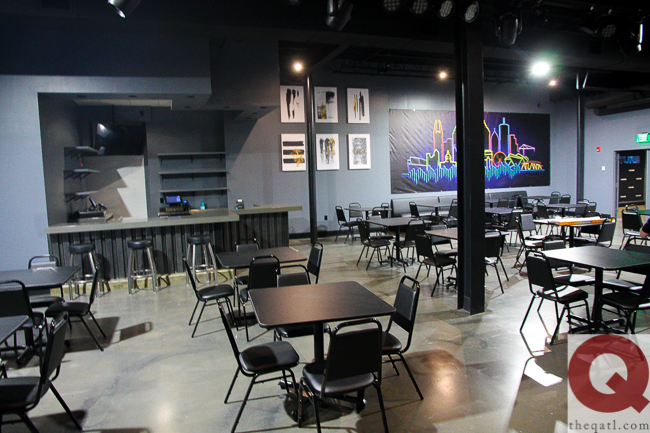 Neon art of the Atlanta skyline overlooks the DJ booth. 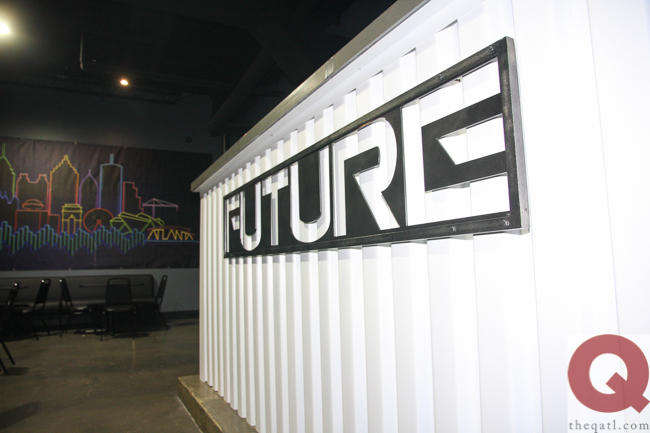 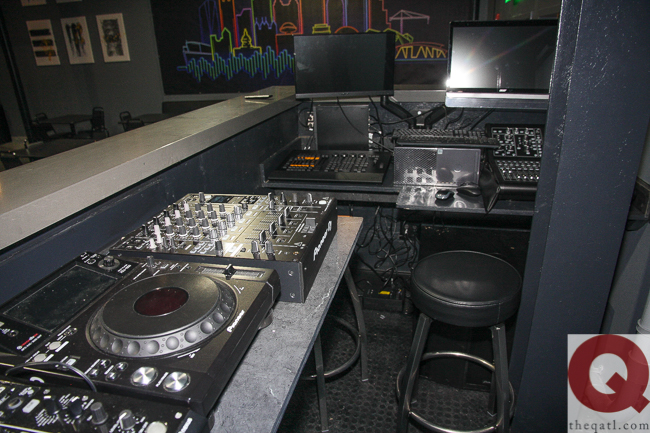 A hallway from the second-floor cabaret to the stairs features a step-and-repeat for all your Instagram needs, plus lockers for cell phones and other personal items. 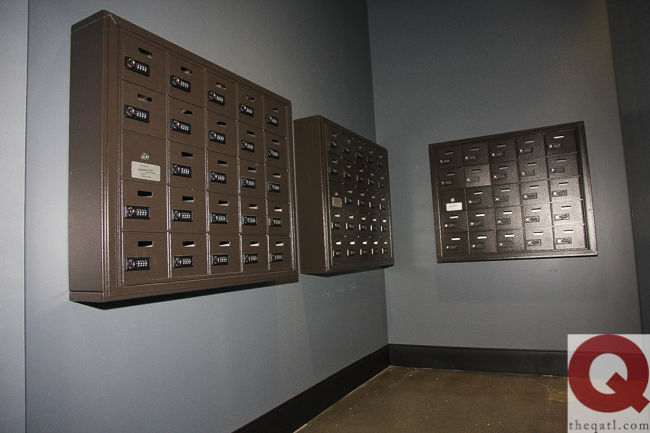 A trip downstairs brings you onto the expansive dance floor, featuring a DJ booth, video screens, limited seating and a full bar. 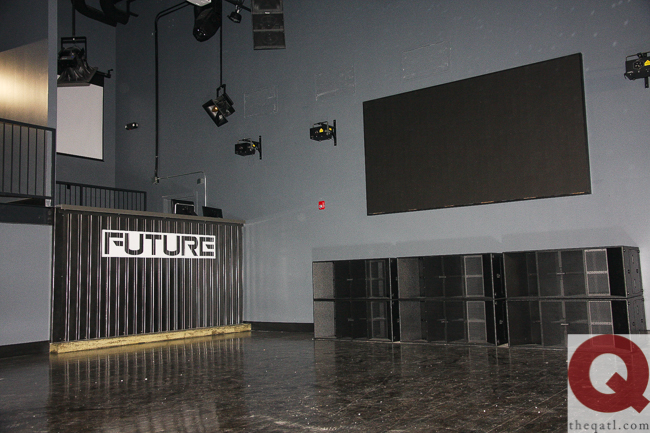 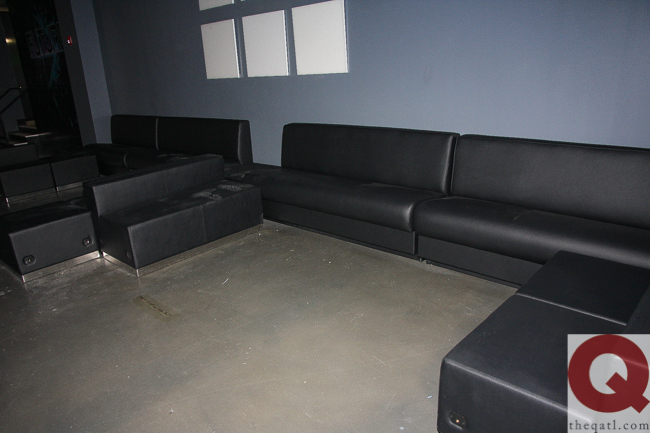 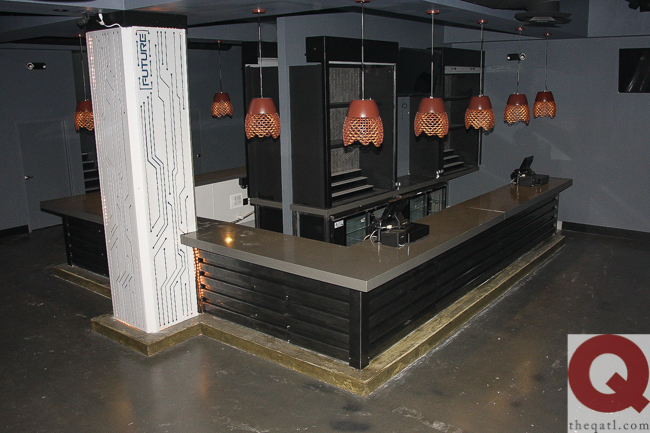 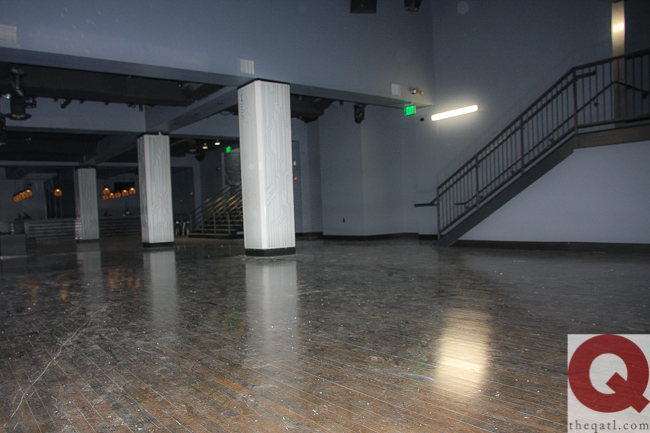