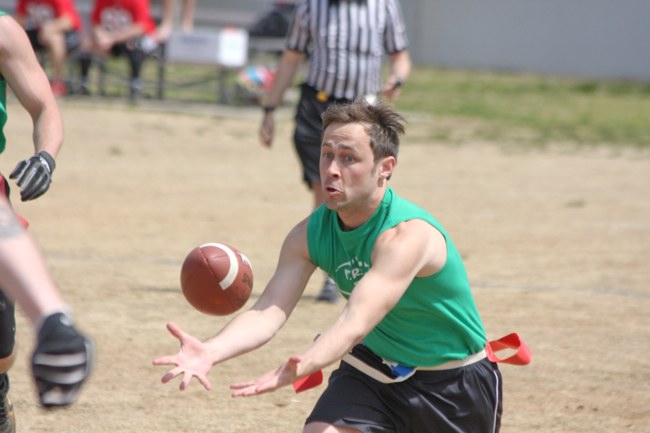 The gay jocks of the National Flag Football League of Atlanta put down their cocktails and hit the gridiron on Saturday to open the season.

Foul weather delayed the start a week from its scheduled March 23 opening and repairs to the league’s home this season, Boulevard Crossing Park in southeast Atlanta, pushed them to Midtown’s Central Park. But football they played — five games spread over a beautifully sunny Saturday afternoon.

How’d they get to this point? A Super Bowl with Beyonce, a beer bust, some warm up drills, a little preseason playing and plenty of margaritas. The league continues its season on April 6.