Football, golf, Lance and the Dream

• There’s golf to be played, so say the lesbians of the Women’s Outdoor Network.
• Flag football opens its fall season in Piedmont Park. 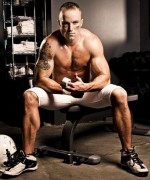 • Speaking of flag football, organizers of Gay Bowl VIII are sexing it up.
• Piedmont Park goes dry–as in rain, not liquor–though some sports are returning to its athletic fields.
• It wouldn’t be a Gay Softball World Series without a little drama.
• The Atlanta Dream wrapping up season and steals one from the Sparks.
• Matthew Mitcham gets a stamp — in Australia.
• Lance Armstrong may make Atlanta stop on way to returning to the Tour de France.
• Look past the blood and gore for the appeal of Ultimate Fighting.
• The Gwinnett Braves open their season on April 9 as they winnow names for their new mascot.