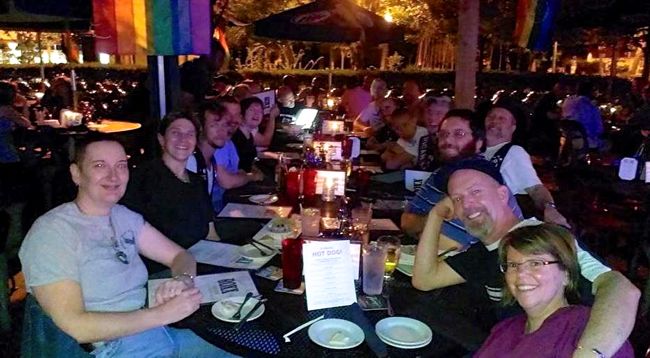 What's a little gay drama amongst friends, right? Right. Gay and good Roxx is moving beyond its health inspection heartburn and once again receiving the nod from a gay foodie wanting to get satiated on the cheap.

So Cliff Bostock, the gay longtime Creative Loafing blogger, gave Roxx a thumbs up in his take on Atlanta's top 10 restaurants for dining on the cheap. It's not the first time Roxx has given Bostock a food hard-on, just the first time since the restaurant recovered from its failed health inspection.

6) Roxx Tavern The crowd is mainly gay, especially at dinner, but it's not the kind of place where you have to worry about your wardrobe. (Worry instead about the state of your scruff.) The restaurant, open since 2001, had some drama over a lousy health department inspection this year, but all is resolved. Roxx mostly serves pub food and the burgers are always reliable. Keep an eye out for specials. During the last year, I encountered a good coq au vin and a roasted pork shank.1824 Cheshire Bridge Road. 404-892-4541.