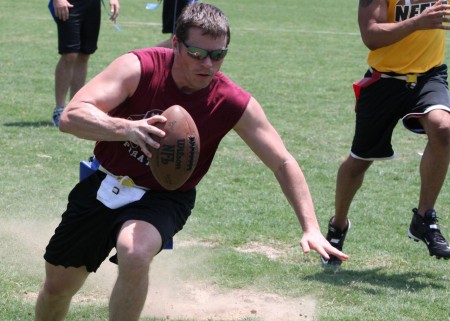 The league returns to action July 11 with four games to kick off its playoff schedule. The flag footballers have struggled this season with rainouts and closed fields at Piedmont Park, where they’ve played most of the season.

But with the regular summer season now in the books, the league can focus on the playoffs and later, putting together its team for Gay Bowl IX in Washington, D.C. in early October. The championship tournament of the National Gay Flag Football League is scheduled to include 17 teams from across the country.