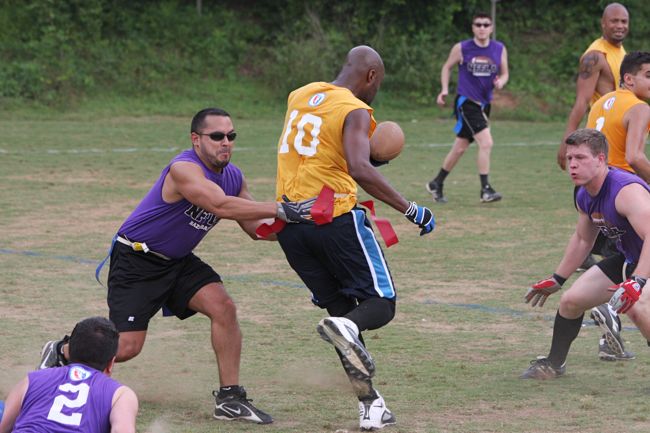 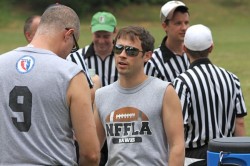 The National Flag Football League of Atlanta wrapped up its regular season on Saturday, bringing to a close their seven-week schedule and preparing to shift gears for their payoff run.

On May 15, the league played at its season home on the athletic fields of Candler Park. The four games that day included a face-off between two winless teams — the Tigers and Rams — with the Tigers coming out on top and leaving the Rams at 0-6. 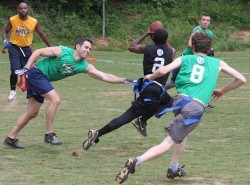 Prior to Saturday’s games, the Blake’s Broncos, Chargers and Woof’s Wildcats were tied for first with identical 5-1 records.

After a break for the Memorial Day holiday, the league begins its playoffs on June 5.