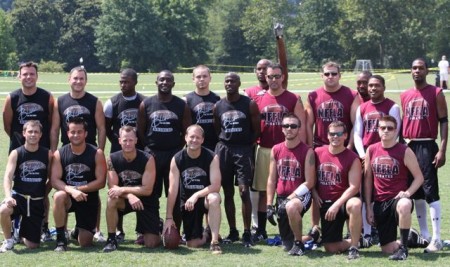 The National Flag Football League of Atlanta closed out its summer season with its Championship Weekend on July 25-26.

On July 25, the league hosted its final two games with the Pirates (top right) beating the Broncos (top left) to take the league crown for the season.

The next day, the league held its Closing Party at Blake’s to hand out awards. Those included:

A Most Valuable Player for each of the league’s eight teams was also named: