Five trans Atlantans make ‘happily ever after’ a reality 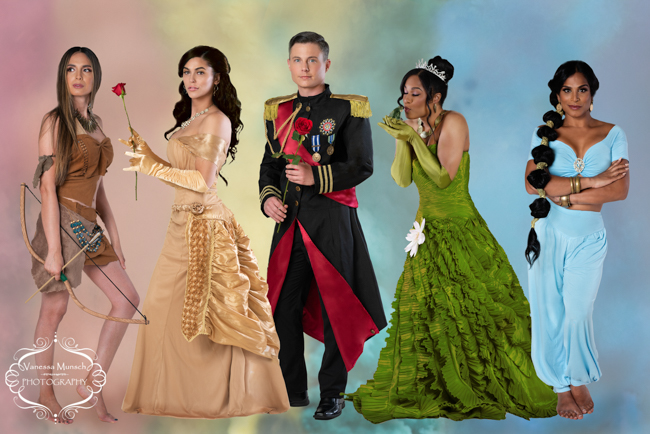 While many children growing up imagined being Jasmine, Belle, Pocahontas, Tiana, Prince Charming and other Disney royalty, LGBTQ kids may have reveled in the fantasy a touch more. Our burgeoning true selves felt elusive, and playing “Which Disney Character Are You?” took on power as an opportunity to dream big.

For transgender kids looking in the mirror and feeling alone in their identity, that sentiment could manifest even more. The world around them couldn’t see them as they envisioned, much less as pop culture princes and princesses. Sometimes, even they had trouble seeing their future selves, so Disney dreams made lasting impressions that stuck well into adulthood.

For this week’s Q cover and photo essay, included below with outtakes not seen in the print edition, trans Atlantans channeled a favorite character and discussed why each one inspired their inner child. With the talents of Decatur-via-France photographer Vanessa Munsch and the connections of local transgender advocate Feroza Syed, they got together to prove that when you wish upon a star, anything your heart desires will come to you.

“I have always felt saddened by the obvious struggle of the trans community in America as it is by far one of the most marginalized minority groups,” Munsch says. “It pains me to hear on the news about yet another trans youth committing suicide or being murdered because of hatred and misconception. Change can only happen through education and exposure.”

Munsch says she hopes the photos “will broaden the views on what trans can be.”

“I dedicate this to the trans youth struggling for acceptance and pledging to do my part with my own children in making the future a more accepting place,” she says. “Trans is beautiful, trans is limitless, trans can be anything.” 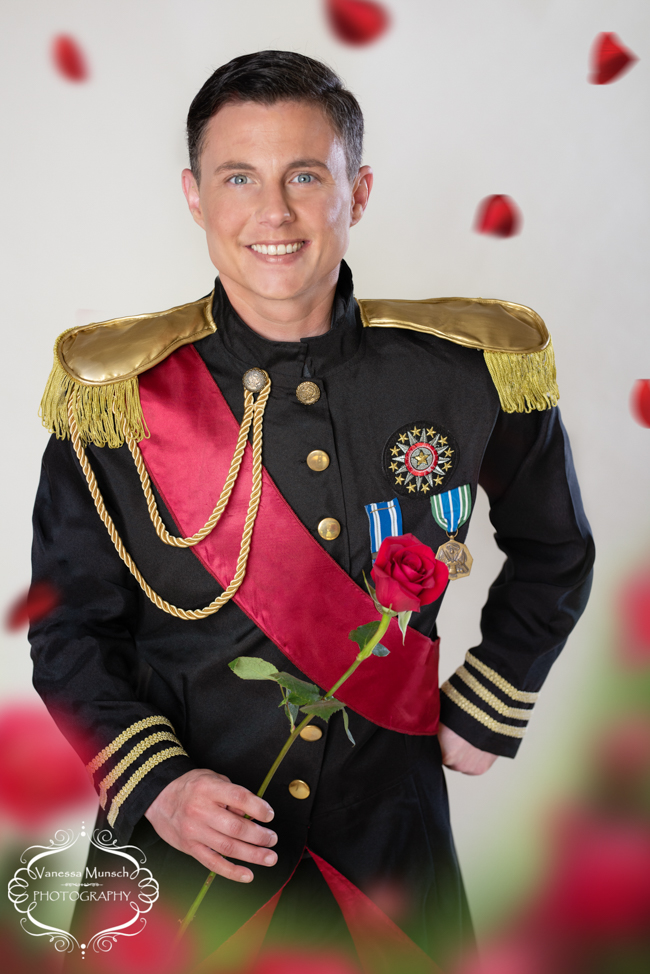 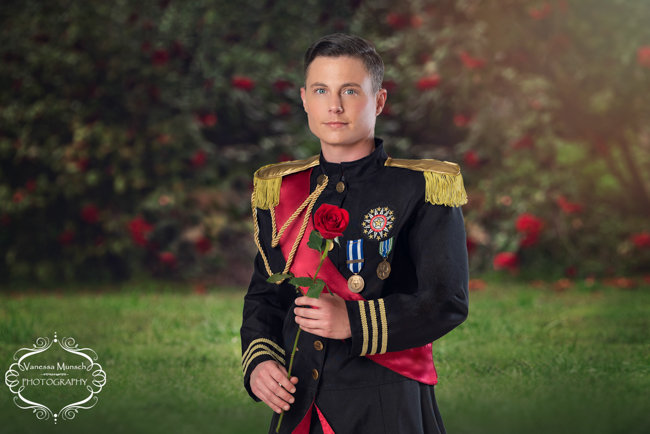 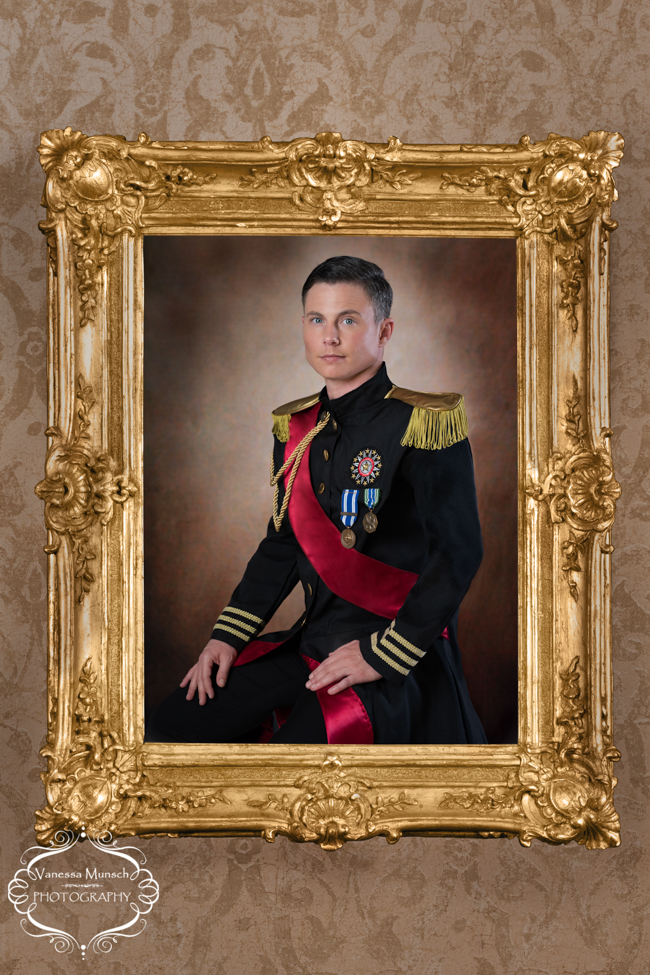 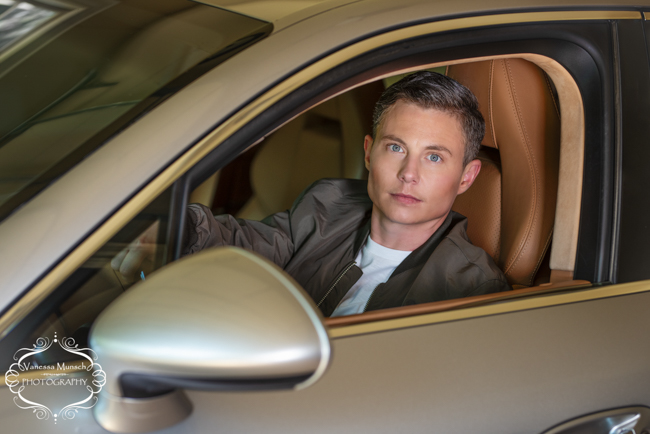 I am a transgender man and a veteran of the United States Army. I started my transition in December of 2018 after a long battle of trying to hide who I really was. I finally decided to let the world meet Preston. When I was small, I dreamed of being a prince, and now, that dream has come true and I am now married to my princess, a wonderful cis-woman who is also my best friend.

I chose to do this shoot for visibility of trans people everywhere, especially our trans youth. I want trans kids out there to know you can be anything you want, whether that be Prince Charming or a beautiful fairy tale Princess.

It breaks my heart to know that the country I love and fought for is not fighting for me right now. We all deserve to be seen. 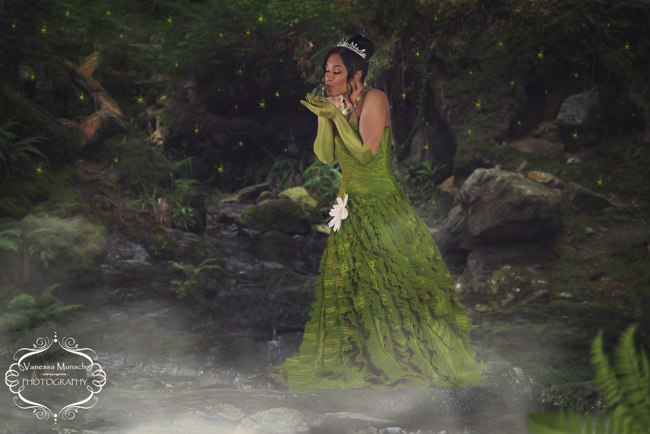 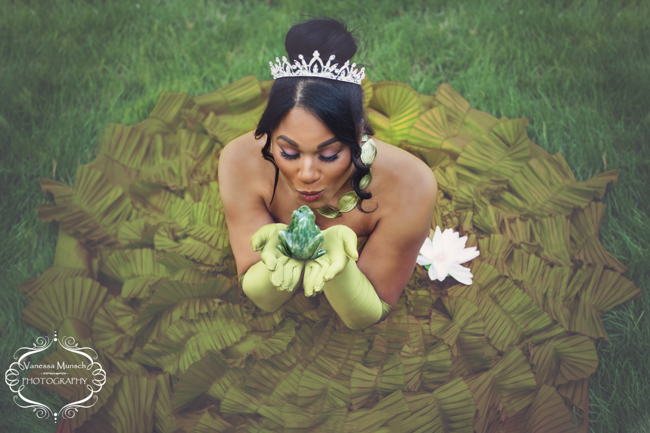 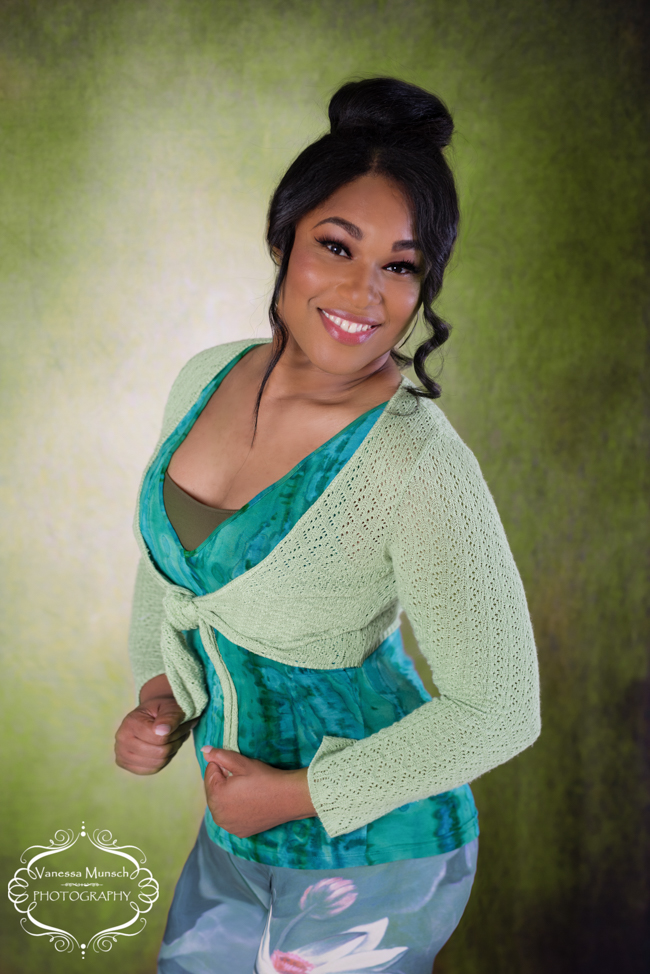 Growing up as an LGBTQ youth was difficult. I was judged negatively by peers and even renounced by my own family. I hated myself and desperately wanted to change just so that I could feel accepted by the African American community.

Now I find living as an African American trans woman is difficult on so many other fronts. I am hated by some black women, killed by so many black men for simply having the courage to stand up and be my true self. I wanted to be part of this Happily Ever After project because it is literally vital for trans women of color to change the narrative and negative stigma that has been imposed on us.

It's only by educating the public that we will on day transform that ugly frog into a prince, turning prejudice into acceptance, so that no more trans women of color have to suffer. 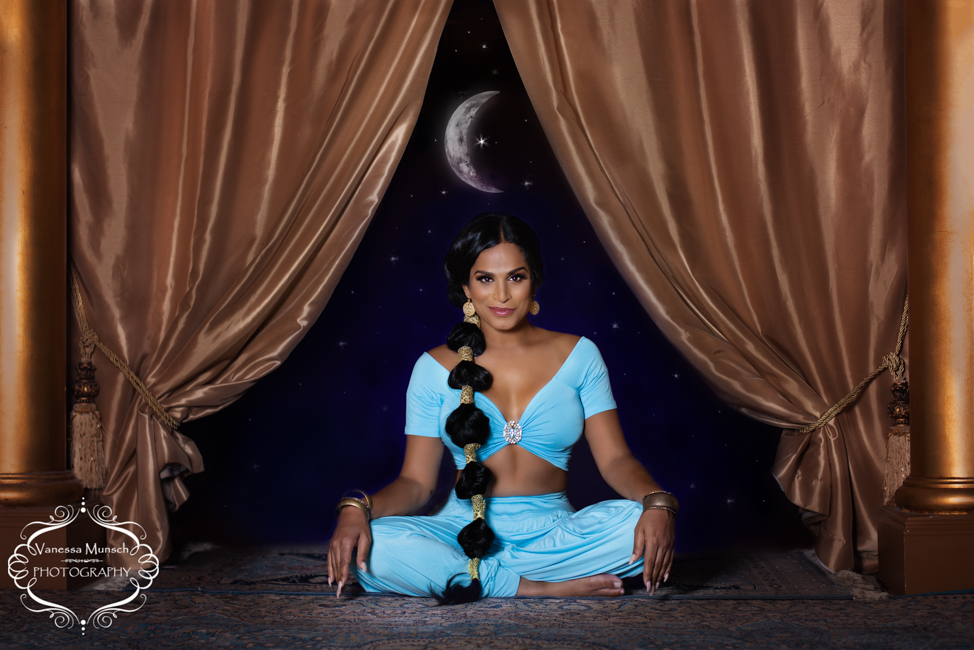 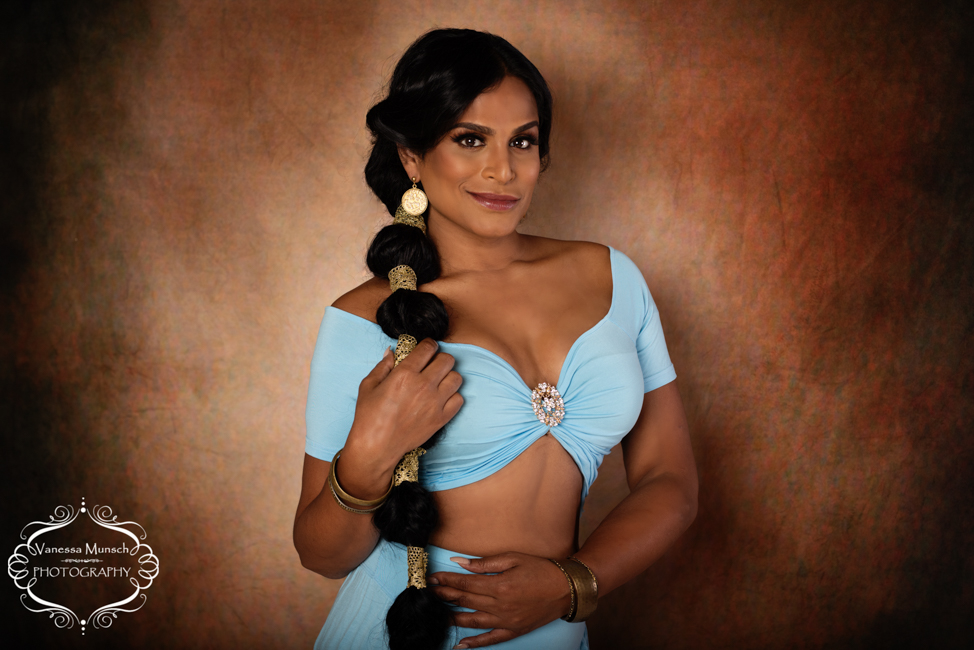 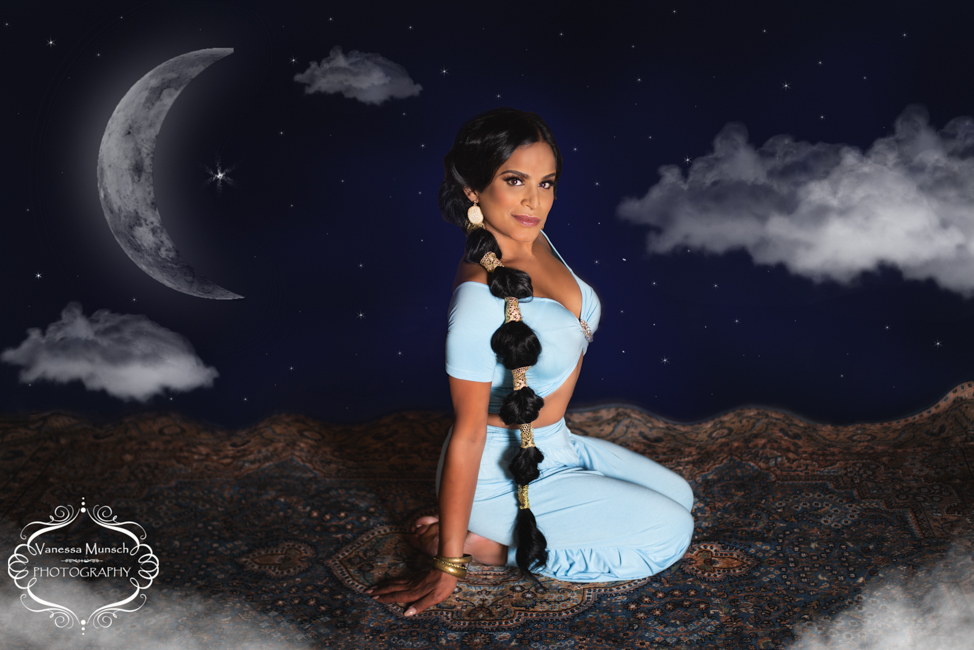 Amongst other things, I’m a woman, I’m brown, I’m a Muslim, the daughter of Indian immigrants, and I’m trans. All of my intersectionalities and the dehumanizing treatment of trans people under the current administration inspired me to come out of the cloak of my passing privilege to live fully in my light.

A year and half ago, I made a vulnerable post on social media that propelled me into a life of activism, advocacy, and visibility. [She also rocked a Q magazine photo spread on the occasion, and now becomes the first LGBTQ Atlantan to appear on two Q covers. — editor] I couldn’t have imagined my life the way it is now.

We’re some of the most marginalized and disenfranchised communities, especially trans and gender non-conforming folks of color. I partook in this photo shoot to illustrate this whole new world I envision. One where TGNC children and adults dare to see themselves as princes or princesses.  make them -and the world- realize that we can be more than what we’re told we can be. I want a world in which our community and the next generation lives proud, fulfilled, and knows anything is possible. 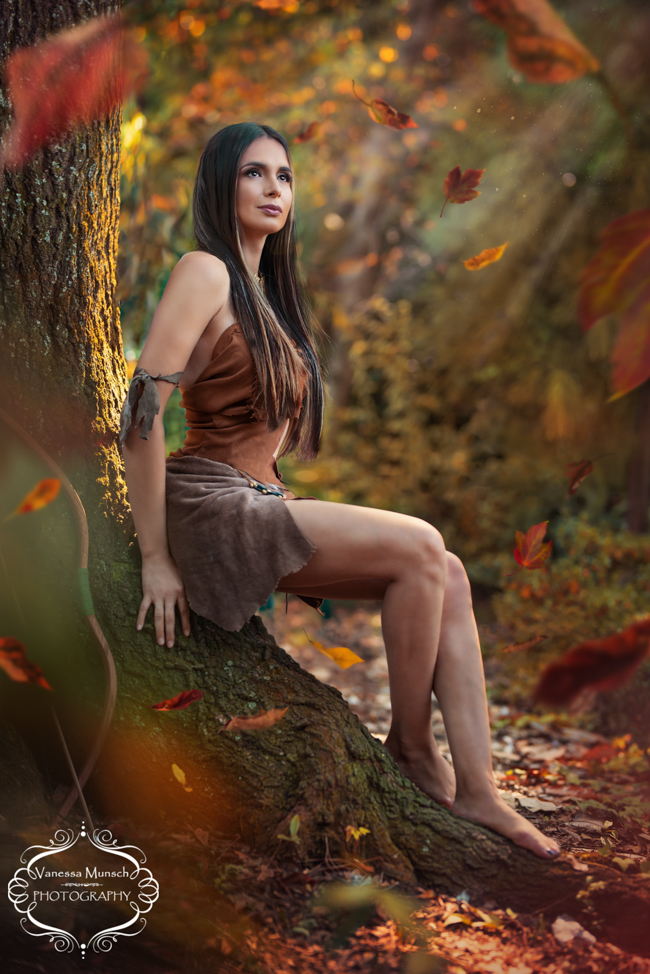 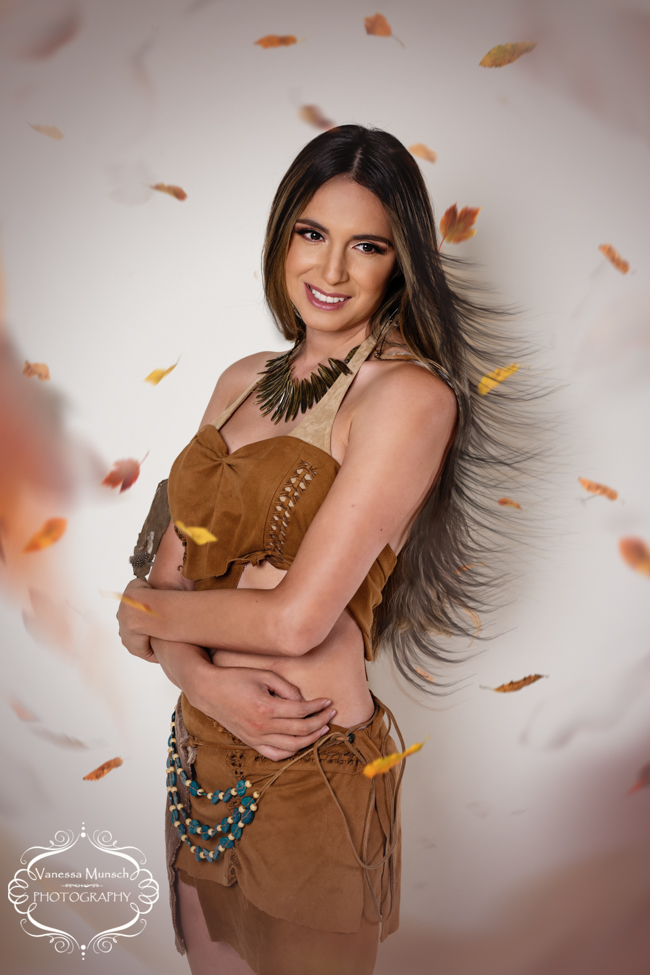 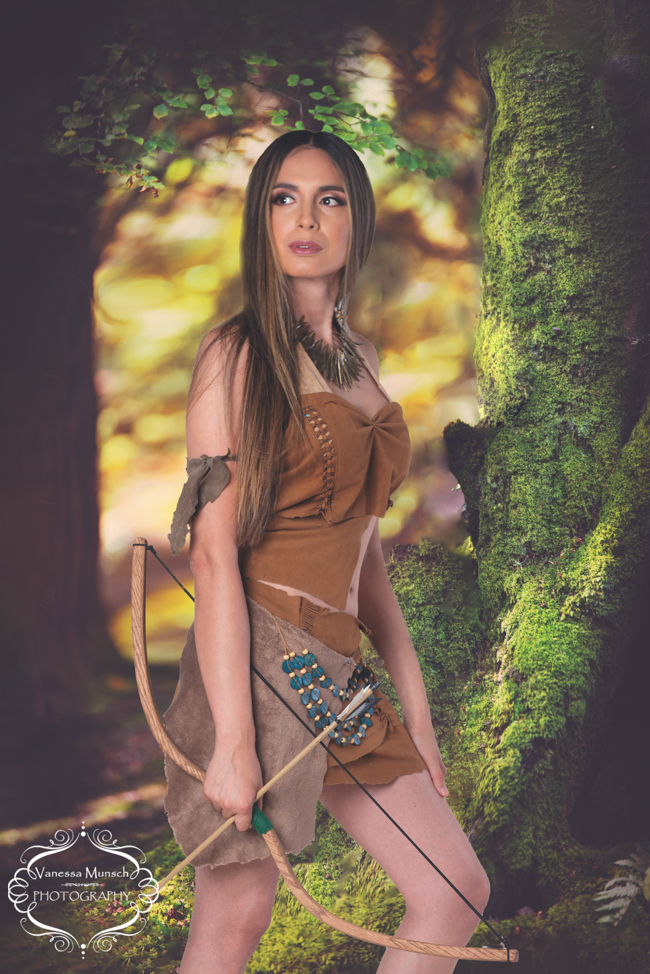 I am a trans-Latina from Mexican immigrant parents. Growing up, I worked on farms throughout the Southeast United States, which prepared me for the future adversities and opportunities life would bring. Today, I am a marketing manager and responsible for the creation and implementation of advertising strategies, cultivating business to business relationships, lead generation and cost analysis, and providing onsite training and support to an exclusive portfolio.

I recently came out as a trans woman via social media, and since have started speaking publicly on the importance of trans visibility in the corporate sector. I initiated Matrix Residential’s participation with Atlanta Pride in 2018, and I am spearheading their involvement for a second year in a row. I engage with my trans-peers on how to communicate mindfully about trans issues in the workplace and how to consistently move forward for true equality.

Just like Pocahontas, I'd love to be part of a colorful wind of change. 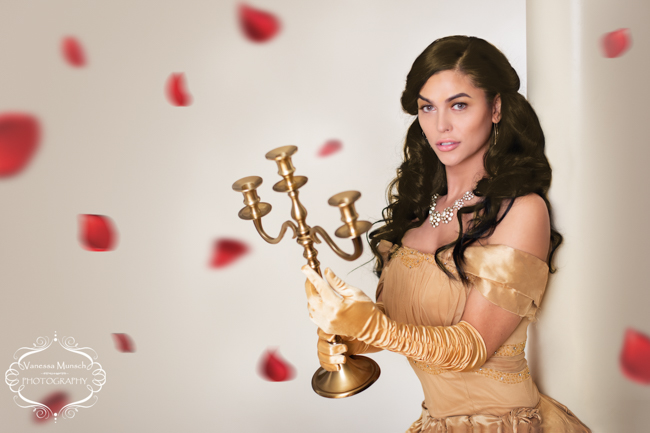 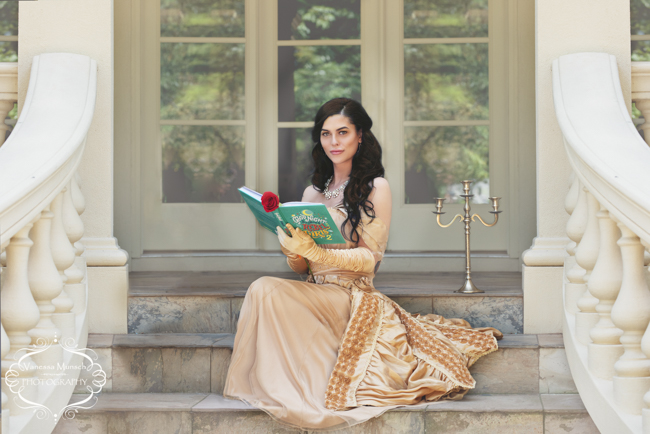 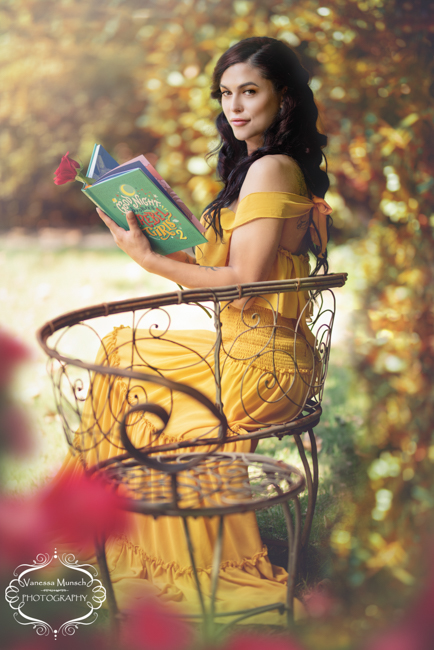 Beauty and The Beast was one of my favorite movies when I was a child. Belle always blazed her own path and didn’t let other people’s opinions stop her from reading fairy tales, going down the dark path to save her father, or taming the beast whom she falls in love with. I too chose a different path, even though people have their opinions about me transitioning and my profession.

Like Belle, I too had enough courage and imagination to follow my dreams and to envision a world where, I and those who will walk in my footsteps can live without being judged on our appearance, ethnicity, sexual orientation, sexual preference or on whatever else might make us different, but by our contributions to making the world a better place. 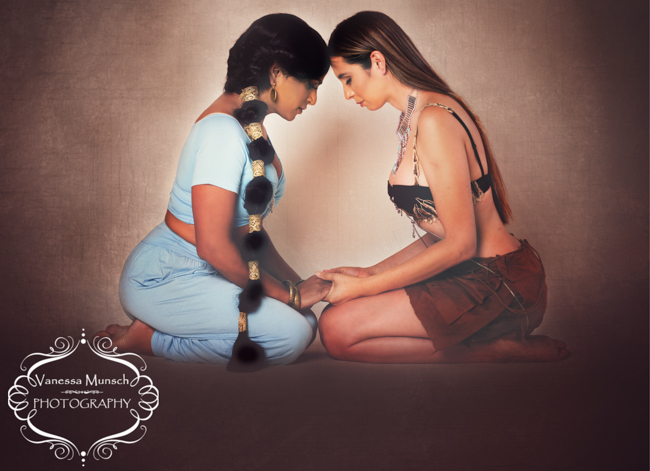 A version of this feature originally appeared in Q magazine. Read the full issue online below:

Pick up each weekly edition of Q magazine at LGBTQ and queer-friendly venues around Atlanta.