Keeping up with every twist and turn in the LGBT-ATL is harder if it’s not your fulltime job. It’s ours, and we have your back. Catch up on news, community, events and more in this week’s most popular posts.

Federal authorities arrested a man after he threatened to shoot up an Atlanta comedy club over a gay promotional video and when he was detained, the man, who prefers his racism and homophobia in a panda costume, was stocked with ammunition for three guns seized in his motel room. Here’s how crazy and scary it got, before it got even crazier.

Cutting edge music, DJ Corey David, and the whole shebang broadcast live brought out a crowd on Saturday as Jungle hosted the relaunch of GayInternetRadioLive.com. Welcome back, GIRL. Check out great photos from the party, or see all of this week’s new photo galleries. 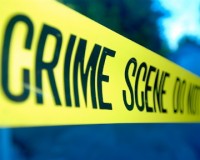 Why you don’t let the ex back inside the house

When the ex shows up to retrieve their stuff, ask yourself this question: Should I let my former partner back into the house? The safe guess is no and definitely not the bathroom. Just ask this gay couple in southwest Atlanta who learned the hard way.

Always among the most popular of the week, check in with our latest community photo galleries, check out hot guys in the Morning Fix and check up on the week’s top national news in our weekday Afternoon Headline Rambles.