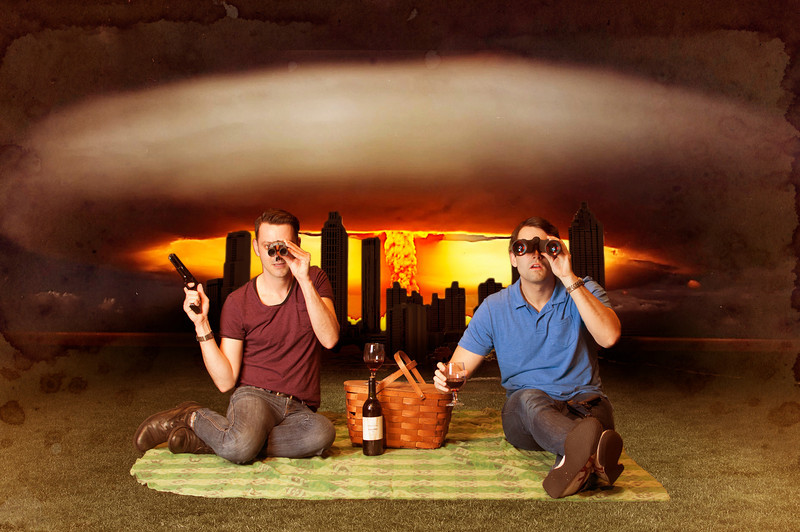 There were several personal reasons that I was going to do whatever it took to see the world premiere of Topher Payne’s “Angry Fags” at 7 Stages before it closes this weekend. None of them are why I’m so glad I did. Well, that’s not entirely true. All of my original motivations remain good justifications for me to have gone to see the play. I’ve been a fan of the playwright’s writing for so long that I’m the first editor who ever wondered if Topher Payne might turn his own life into a weekly column. He could, did and continues to do so to this day. I’ve seen every play – from poignant to cute, from sad to funny, and almost always smart as a whip – that he’s written since 2002. I’ve even witnessed the majority of his personal cottage industry playing 25 cross-gender roles in seven years. Besides being intimately familiar with his writing on a molecular level as one of his lucky editors, I’ve been friends with this guy since he was just a gayby barista cracking me up while slinging my coffee at Outwrite. I’ve watched the gears in his brain turn. I’ve hatched master plans with him. We’ve dished scandalous gossip. I was not going to miss this play. But having now seen it, none of this is to say that I was in any way prepared for how I'd feel after this “Oscar Wilde meets ‘Fight Club’ in a fever dream," as the production is pitched by its creative team. "Angry Fags" seduced me with its gut-busting wit and insight, setting me up to wreck me with its increasingly dark, messy matters both personal and political. Every gay person who has ever been fed up with the Kumbaya assimilationist movement toward equality needs to see this play. It takes the terroristic anger of every “fag” who’s felt victimized enough, even temporarily, to start a violent revolution to its ultimate, chilling conclusion. It’s not pretty, and that’s exactly what makes “Angry Fags” so important. What happens if we stop being Mr. Nice Guy trying to reason with the rest of the world about gay rights? What happens if the shoe drops and regular gay guys are willing to go all Glenn Close under pressure and run screaming, "DO YOU SEE WHAT YOU MADE ME DO!?!?!" Atlanta theater doesn't often rip my heart out and have me thanking it for the privilege. This play wraps words around thoughts I've had but was too afraid to say. To summarize my tweets through tears to Payne during intermissions, “Angry Fags” is a play of major import. It left me gutted, sobbing and ... angry. To which he replied, "Mission accomplished." Here are some other great things about this show. Go get tickets to the final performances this Thursday through Sunday, March 17. Or be sorry. 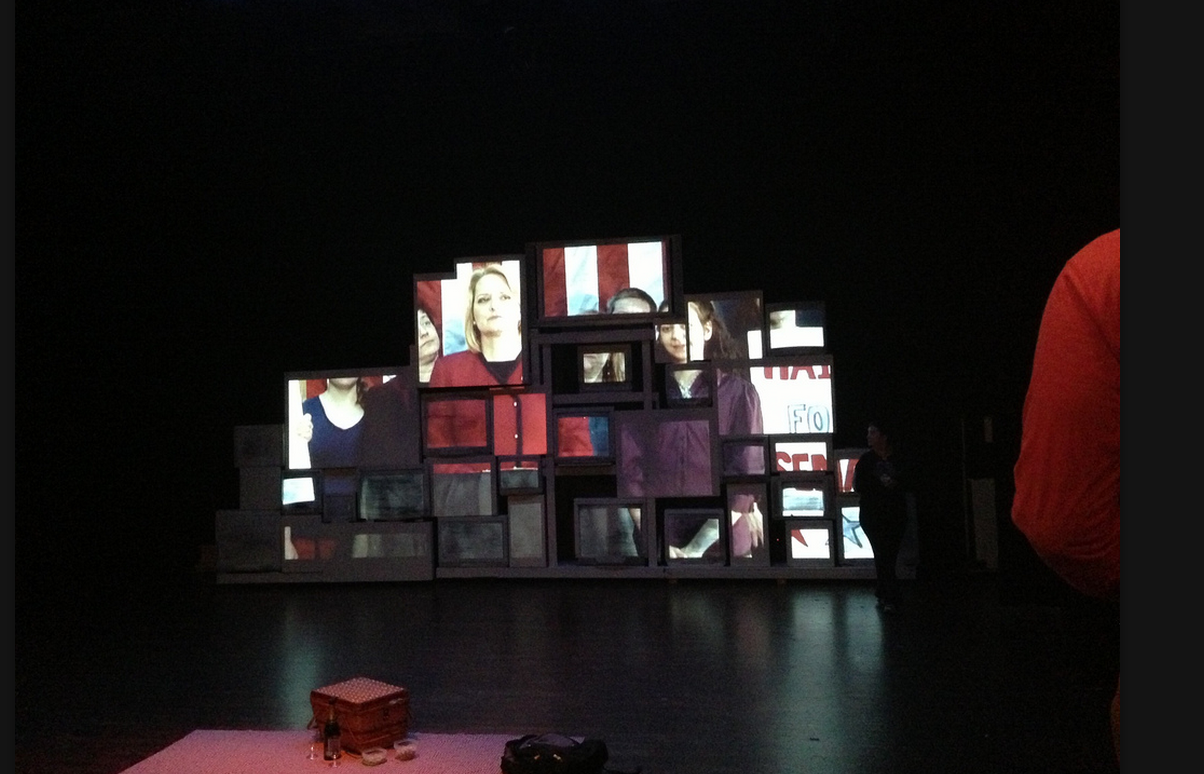 Video projected directly onto the sets and jolting sound effects punctuate the scenes.

Melissa Carter is a natural. 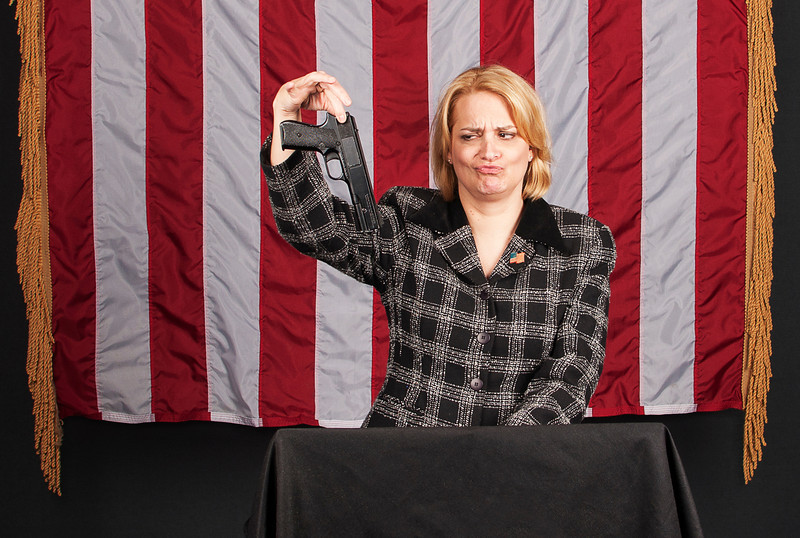 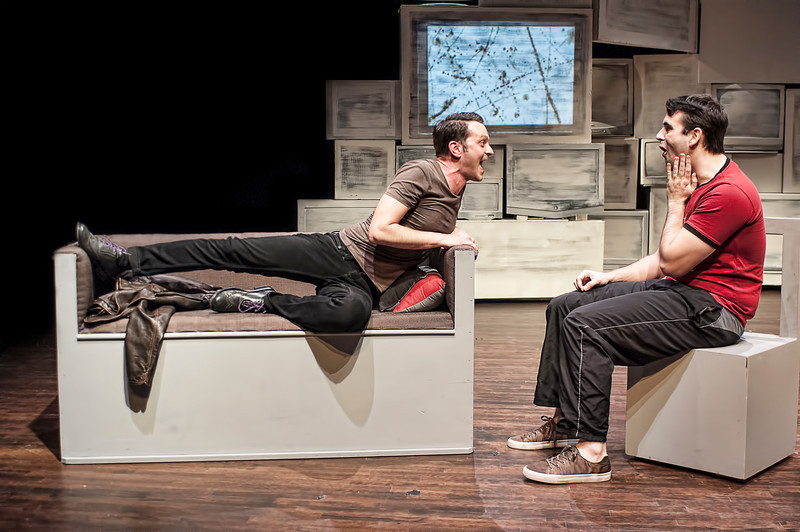 You wish you had the rapid-fire, side-splitting wit with your friends that is displayed by gay roommates Cooper (Johnny Drago, left) and Bennett (Jacob York). 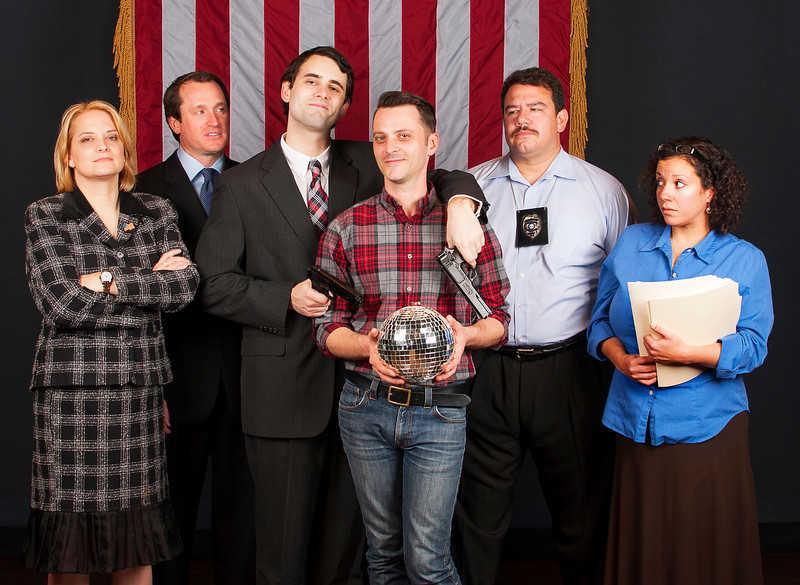 You might not be surprised that you can relate to Melissa Carter’s lesbian legislator. In an “us and them” world, you may be more surprised to find that Marcie Millard’s (not pictured) right-wing opposition is almost jarringly – dare we say it? – human. Without exception, Carter, John Benzinger, York, Drago, Michael Henry Harris and Suehyla El-Attar (left to right) play each role to its maximum potential. 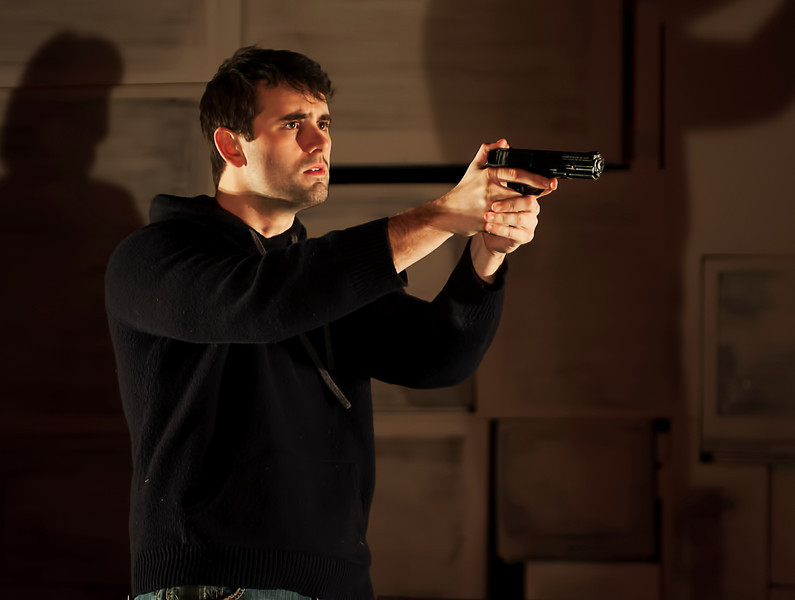 Jacob York earns special mention. What a straight man has to channel to sell Gay Boy Next Door Turned Terrorist Realness is probably best left unknown. Whatever it is, York nails the heart-of-the-play character in a performance that is at its most impressive in moments that are mind-blowing in their subtlety. Some photos by Stungun Photography; others via Angry Fags Facebook page