Fitness: Resistance training in the pool 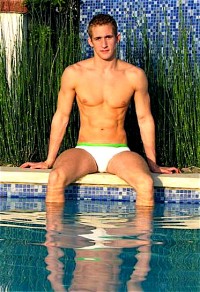 A well-rounded fitness program should include cardiovascular and flexibility components. But don’t head straight to the equipment room for resistance training. Consider hitting the water.

If you have access to a pool, the benefits of water resistance include cardiovascular and range-of-motion improvement. But the pool has so much more to offer. In reality, it is a multidimensional, variable resistance machine.

As a variable resistance machine, the water allows for three-dimensional movement with a built-in overload factor. You are surrounded by resistance in any direction of movement: horizontal, vertical and diagonal.

Resistance training increases the probability of achieving your weight loss and body image goals, along with an overall fitness of your musculoskeletal system. The physics governing the laws of motion in water include buoyancy, drag, turbulence and inertia.

Buoyancy
Water supports the body through buoyancy, and buoyancy counteracts the effect of gravity. At chest height, a body will weigh approximately 35 percent of body weight, and at shoulder height, this will decrease to 10 percent. This effect decreases the compression of joints, resulting in less stress, greater range of motion, plus gains in muscle balance and stability.

Drag
Although buoyancy and the feeling of weightlessness is most likely the first effect you will notice upon entering the pool, you will work more against drag, which is the primary force opposing movement in the water.

Water is 12 times more viscous than air. As a muscle exerts force to move, it presents a surface area in direction of movement to the surrounding water called frontal resistance.

According to Newton’s law, to every action there is an equal and opposite reaction. So the more force you exert against the water, the more resistance you will encounter. In swimming, the goal is to streamline the body and create less turbulence. In water fitness, the properties of water are utilized to create more turbulence and increase resistance. 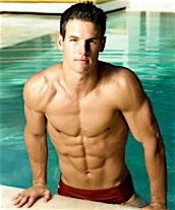 The speed of movement is not controlled, and that allows an individualized approach to pace, strength gains, intensity and effort. The muscle used to exert force and the different joint angles affected by the given range of motion are subjected to a constant, balanced resistance from the water.

Muscle action against water resistance is primarily concentric: As the body moves against the resistance, it is being prepared to exert force in the opposite direction. The influences of gravity with regard to land exercises do not allow both muscles in a muscle pair to work concentrically when performing the same exercise.

The ability of the water to work the muscles in both directions of movement with equal force allows for greater muscle balance and equality in strength gains of synchronized pairs of muscles. Try bicep curls in the water to influence both your biceps and triceps at the same time.

The Overload Principle
The overload principle requires the training program to upset homeostasis of the system through mode of exercise, frequency, duration and intensity. In water resistance training, the frequency should be at least two days a week, with beginning exercisers starting with 8 to 10 reps per set. The most effective way to train a muscle is through full range of motion, manipulating the intensity.

Variables can be modified to manipulate the intensity, including the surface area of the moving body part, the length of the moving limb and the speed of movement. These will affect the drag force and turbulent flow of the water.

Increasing the surface area of an object increases the frontal resistance presented to the horizontal forces of the water. Moving the whole body forward and backward in the water creates more frontal resistance than moving the body sideways through the water. Drag can also be increased by changing the hand position from a slice with the edge of the hand cutting through the water, to a cupped hand, then finally to a clawed hand with the fingers open.

Speed also increases resistance intensity in the water. It is tempting to move “faster,” but the caution here is the tendency to compromise range of motion. An excellent way to judge speed in water resistance is with a tempo or cadence. An example would be to do a set of 8 repetitions of a bicep curl in 10 seconds. To increase speed of movement, the repetitions could be increased to 12 in the same 10-second interval. Keep in mind the squared term of relative velocity: As speed doubles, the force increases by four. And as speed triples, the force increases by nine, etc.

Contributing blogger Troy Meyers is a certified personal trainer and sports conditioner with more than 10 years of experience. He owns Atlanta-based JockBoyLocker.com and contributes to the site’s Lockerroom Blog.