Fit to be tied: How to rock the gay bow tie 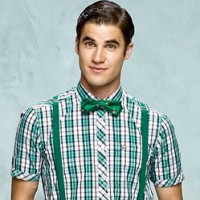 You don’t have to look far to see that gay Atlanta fashionistos fully embrace the bow tie trend of recent years, so for the curious but uneasy, we tie one on with a local fashion gadabout to see how it’s done. With the nostalgic “Mad Men” Americana craze comes Banana Republic’s Mad Men Collection, “Glee's” Kurt and Blaine (top photo) dressing down the bow, and even Tim Gunn sporting his gallant version of the look. With those high-profile examples, it’s easy to see why the bow tie is making appearances at Atlanta’s gay holiday parties (bottom photos) and that they’re clearly not just for formals and proms anymore. “In recent years, the bow tie has shifted in the fashion world, specifically thanks to designers like Thom Browne, who also brought back the high-water pants,” says Atlanta’s Fashionado blogger Vincent Martinez. “Another fashion trend right now is the hyper preppy look, and bow ties fit right into that.”

Martinez – he of Grady High School's Urban Couture program, the PALS board member behind “Doggies on the Catwalk,” and a local gay designer himself – helps us untie the dos and don’ts and tie up a sharp look. It’s no surprise to him that bowties made a return. “We always look to the past to outline the future,” he says. “There’s a group of guys gay and straight who want to stay on trend, and a bow tie is a perfect way to separate ourselves from everyone else in the crowd.” 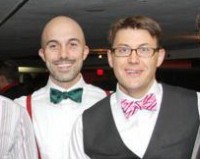 Be unafraid, and you’re halfway there, Martinez says. “My number one advice for anyone -- men and women -- who might be considering something but are apprehensive: ‘If you’re thinking about it, you like it, you want to do it. Just do it.’ Do it well, but more importantly do it with confidence. No one will question it if you carry yourself with confidence.”

Self-tie, strap on or clip on?

Some men’s magazines will say it’s OK to slap on a flat, uniform wrap-around or clip-on and call it a day. No. Tie your own, and if it's a little floppy or off-kilter, don't sweat it. It's not supposed to look perfect; it's supposed to look real. That brings us to Martinez’s No. 1 Do and No. 1 Don’t. “Definitely don’t do a clip on,” Martinez says. “The only exception to me is maybe a teenager or a guy in his early 20s, but if you’re a fully grown man, you want a self-tie. It’s what sets apart the men from the boys. When I wear them, I can’t tell you not only how many compliments you get, but also how impressed they are that you tied it yourself. If clip-ons are my No. 1 don't, my No. 1 do is to do a self-tie.” Don’t know how? You’re not alone. Throw away the diagrams and find a video tutorial that suits you. Don't get discouraged. It takes more than a few tries to get it down. 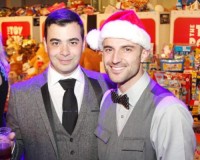 Worried that your bow tie will make too much of a statement? Before venturing too far, keep it muted and let it sync up with the rest of your outfit. For example, black-and-white shirt, black-and-white bow tie. Venture further as your comfort level grows.

Patterns are your friend. If you want to make a personal statement, experiment with prints that complement – not exactly match, for heaven’s sake – your shirt. Stick to the same color family and maybe solids to start, then Martinez says mixing patterns all comes down to scale. “I’ve got paisley, linear, shapes, and I’m a big fan of mixing patterns. Scale is a secret weapon in mixing patterns. If you’re going to mix the tie and shirt, the patterns should be in different scale – small stripe shirt, larger patterned tie, etc.” 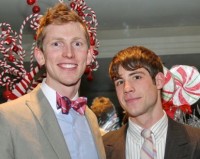 If you’re talking formal wear, nothing beats the shine of classic black silk, our guru says. “Silk gives a shimmer that’s appropriate,” Martinez notes. “If you want to push the envelope, you can do a velvet. I’ve seen some beautiful ones, but in general I don’t like gimmicky. Some things don’t have to be that contemporary, and I like that James Bond 007 type of look.” But of course, interesting options these days for more casual affairs range from textural fabrics like suiting wools, flannels, hopsack, and even selvage denim. Come spring, look for ones made from seersucker, madras, and straight cotton. And don’t forget to dally in hourglass, pointed and batwing-ended shapes. “The variation in textiles is really contingent on your whole look,” Martinez adds. “Ive seen some really funky ones out there. Don’t be afraid to experiment.”

The easiest way to dress down a bow tie? Ditch the suit. Reach for a leather jacket, try it with jeans, or simply roll up your sleeves. They sky's the limit, and it all comes down to you. “Take a very iconic accessory related to black tie or professors, and make it mainstream,” Martinez says. “Take ownership of it, and you can rock the bow tie. Rough it up. Self-ties are never perfect, and it’s very becoming for it to be a little unbalanced, and it complements the look.”