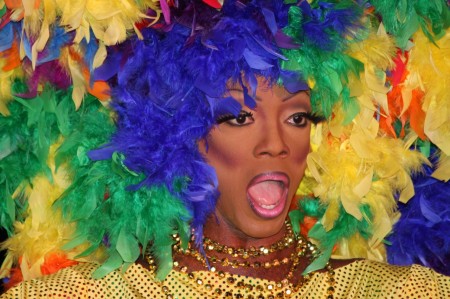 The competition was fierce and flawless as seven drag personalities vied for the crown of Miss Atlanta Pride during an hours-long pageant on Friday.

Necole Luv Dupree (photo right) took the first-ever crown, no doubt helped by her performance of Dixie Carter’s “The Night the Lights Went Out in Georgia” speech from the popular sitcom “Designing Women.”

With the win, Dupress also receives a $1,000 prize, a featured performance during the Atlanta Pride Festival in October, a choice spot in the Pride parade and the crown and title courtesy Georgia USofA, which stage the event. The evening included guest performances by Stasha Sanchez, Miss Gay USofA 2009, and legendary performer Charlie Brown, among others.