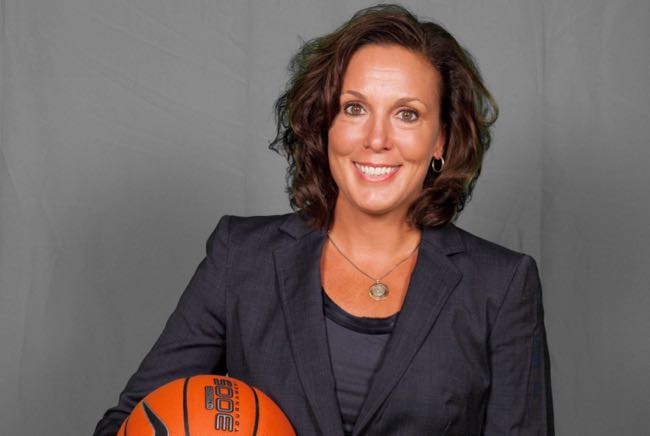 A former Georgia Tech women’s basketball player has alleged that recently-fired head coach MaChelle Joseph fondled her in a hotel room in 2002.

Niesha Butler made the allegations against Joseph in the wake of an internal report by the school that alleged Joseph verbally and emotionally abused players. Tech fired Joseph on March 26 after she served 16 years as head coach of the women's basketball team.

Joseph (top photo) denied the allegations made in the report, which led Butler to post a statement on Facebook on March 29.

“During the time I played under Machelle Joseph, I was sexually harassed, emotionally abused and physically abused by her,” Butler wrote.

Butler said that during a road trip in January 2002, Joseph – an assistant coach at the time – invited her to her hotel room.

“I didn’t think the request was odd since coaches sometimes asked to talk to players privately about performance-related issues,” Butler wrote.

Then, Butler said Joseph made her feel “extremely uncomfortable” and encroached on her personal space.

I remember being shocked and confused as I was standing up and as she moved closer to me. She touched me in a very inappropriate way on my outer thigh and my butt. Startled, I quickly jumped back to resist her advances. After rebuffing her, she then informed me that my career was over, and I would never play basketball at Georgia Tech again. I quickly left her room, confused because I had never been sexually harassed by a coach.

Joseph, through her lawyer Lisa Banks, denied Butler’s allegations in a statement to 11Alive.

“My client, MaChelle Joseph, categorically denies that anything like this ever happened. She stands by her statements in the response to the 'Confidential Investigation Report.'”

Butler left the team about a week after the alleged hotel room encounter. The frequent starter and 1999 ACC Rookie of the Year played only the final minute of a 31-point win over Virginia in her final game. Butler knew then that she had to leave the school, according to the AJC.

“That’s when it finally hit me,” Butler told the AJC. “This woman’s a problem. And to this day, I wish I would have spoken up or did something, because when I read that (investigative report), it was very similar to the stuff that she did to me, yelling in practices, pushing me, touching me, groping me. It’s like she demeans you for no reason.”

Joseph’s firing drew divergent reactions from former players and staff. Some defended her as a tough but fair coach. Others, like Butler and two other former players, corroborated the complaints that players made in the investigative report, according to the AJC.