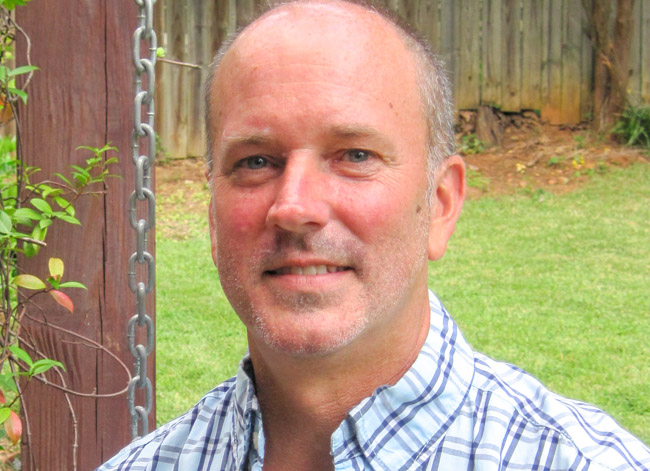 A Doraville man fired for being gay says he’s ready to clear his name and help change the face of LGBTQ employment protections at an upcoming U.S. Supreme Court hearing.

Gerald Bostock, 55, claims that Clayton County fired him from his job as a child welfare services coordinator in 2013 after finding out he joined the Hotlanta Softball League, an LGBTQ sports organization.

“I had worked for Clayton County for over 10 years advocating for children and neglected victims and making a positive difference in our community,” Bostock (top photo) told Project Q Atlanta. “It was a job I loved and it was my passion. I had favorable performance reviews and got accolades throughout the state.”

“Everything was fine, I did nothing but join a gay softball league. And that’s when my life changed,” he added.

Bostock’s case is one of three the Supreme Court will consider at an Oct. 8 hearing in deciding whether Title VII of the Civil Rights Act of 1964 extends workplace protections to LGBTQ people.

The hearing is not getting nearly the attention it deserves, according to Georgia Equality Executive Director Jeff Graham. Georgia is one of 28 states with no LGBTQ employment protections.

“This case, and the two that accompany it, are just as important as the cases that provided a constitutional right to marry,” Graham told Project Q. “Too often, members of the LGBT community do not realize that existing laws do not explicitly protect us until they are faced with discrimination and realize that their legal recourse is limited.”

Bostock sued Clayton County in 2016, and the U.S. District Court for the Northern District of Georgia dismissed the case in 2017. Bostock appealed to the 11th Circuit Court of Appeals, who ruled against him and denied an ensuing appeal in July 2018.

Attorneys for the county asked the U.S. Supreme Court to deny Bostock’s petition in August 2018, but the high court announced in April that it would hear his case.

Bostock (second photo, front row right) joined the Hotlanta Softball League in January 2013. He enjoyed playing first base and catcher for his team, the Honeybadgers, and taking part in the league’s social events.

Then he claimed he started hearing disparaging comments about his participation in the league at work. He was fired that June, which left him “devastated and shocked.”

Bostock rejected the county's claims that he was fired for misspending county money, including using a county debit card to pay for meals at Midtown eateries including Cowtippers and Frogs.

“It was very obvious to me. I was targeted,” he said. “I had done nothing wrong from before I joined the softball league to after I joined the league. Nothing changed. So yes, when they fired me for conduct unbecoming a Clayton County employee, I was fired for being gay.”

Bostock also lost his medical insurance while he was fighting prostate cancer.

“The stress alone prolonged my cancer recovery period,” he said. “I am happy to say that now I am a cancer survivor. I beat the cancer, but it was a situation where the stress alone impacted the time it took to fully recover.”

Bostock is looking forward to the Oct. 8 hearing.

“I get to tell my story and I get to clear my name, and at the same time we get to build in equal protection for anyone that wants to work and is able to work,” he said. “We should be able to go to work without losing our jobs because of who we are, who we love or how we identify. It’s plain and simple.”

“There’s the children in Clayton County who lost a very dedicated and devoted advocate in Gerald,” Mew told Project Q. “Think generally about the tremendous services and productivity and value that members of the LGBTQ community provide every day in the workplace. We all lose when discrimination adversely affects people in the workplace.”

Georgia Equality is partnering with the ACLU of Georgia for a Facebook Live event on Oct. 9 at 7 p.m. Graham and ACLU of Georgia Legal Director Sean Young will talk about what happened at the hearing and provide more information about addressing anti-LGBTQ workplace discrimination.

Graham said that, regardless of how the Supreme Court rules, Georgia still needs to pass an LGBTQ-inclusive civil rights bill.

A Clayton County spokesperson did not respond to Project Q’s request for comment.

Bostock now works as a mental health counselor at Georgia Regional Hospital. Jameka Evans was fired from her job as a security guard at Georgia Regional Hospital in Savannah in 2013 and sued for anti-LGBTQ discrimination in 2015. The 11th Circuit Court of Appeals ruled against her in 2017 and the U.S. Supreme Court refused to hear her case in 2018.